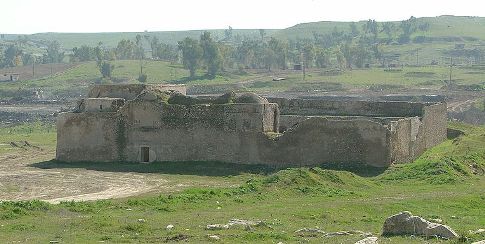 Islamist militants operating under the name of Islamic State in Iraq and Greater Syria (ISIS) in Iraq are terrorizing Christians, forcing them out of their houses. Scores of Christians have been expelled from the city of Mosul in northern Iraq where ISIS issued them threats, giving them the option to quit their faith and embrace Islam or leave the place.

The Guardian reports that Iraq’s Prime Minister Nouri al-Maliki has condemned the ISIS for their “criminality and terrorism”. The paper informs that ISIS also robbed the 1500 plus Christian families fleeing their homes under this threat of forced conversion. Many of these families are now living in shelters outside the city.

A Fox News video shows Tony Perkins, President of Family Research Council, commenting on the situation created by ISIS for Iraqi Christians. Perkins said he is not sure what to call more shocking – the atrocities of ISIS or Obama administrations’ silence over the crisis.

As these terrorists in Iraq continue to threaten and plunder the minorities, questions indeed are rising about the role of the international community, especially the United States which left Iraq after years of war against militancy and, as is commented frequently, did an unfinished job on hammering the terrorists. Can these terrorists be fought or are the world powers don’t care about their rising threat to humanity is the big question hovering over all concerned.