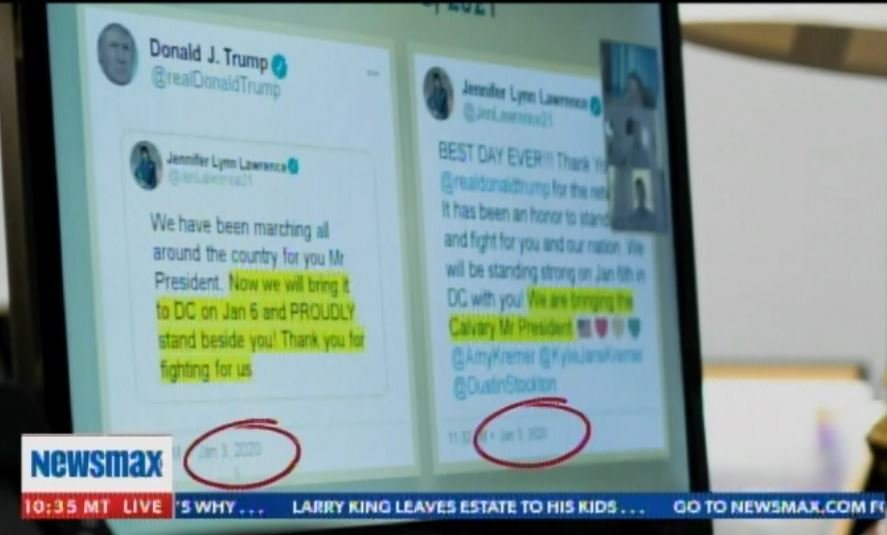 February 12, 2021, proved a day of public, nationwide, and international humiliation for Democrats and establishment propaganda media working against America as they were shown faking evidence.

The impeachment farce by the leftists, perpetrated in order to oust Trump from future political battles via conviction in Senate, was shaky since day one when the attorneys for Democrats put up a weak and obviously made-up case of inciting mob violence on January 6th. On Thursday, February 11th, the impeachers suffered their first big humiliation on the senate floor when Senator Mike Lee stood up and refuted their claim about a phone call with President Trump. Watch what happened.

While the mainstream propaganda mobs – aka “media” – went silent on this moment of fake evidence caught red-handed and withdrawn on-spot, those watching saw the impeachers turn pale and struggling to hide their embarrassment. What the next day would bring, however, was humiliation on steroids for the leftist liars as their lies were shredded through the defense machinery of President Trump.

On Friday, it was the day for the defense to refute the case against Trump. They were well-prepared and took the leftist lies by a series of expert and professional blows to the impeachers’ case. Through video presentations, the defense attorneys showed that Democrats and their attorneys faked evidence in both video and images that they presented in support of their case. Edited videos to create their own anti-Trump story were accompanied with doctored images of tweets from the 45th President’s Twitter timeline. Dr. Steve Turley summarized the doctored evidence in his video on February 11th.

Not stopping there, the Trump defense showed videos of the inciting statements of prominent Democrats as well as mainstream media propagandists calling for violence and justifying the mob violence of ANTIFA mainly in the Pacific Northwest.

By the time, the defense concluded its presentation, the leftists were left publicly humiliated and had to struggle keep a straight face. They were so shaken that their impeachment manager made the senate laugh at her as she slipped and called for Trump to be “convicted and acquitted”.

The presstitutes covering up for leftists created deflated stories of support for Trump impeachment case after the stellar defense of the Trump attorneys on Friday. It became obvious that you can steal an election by collusion of corrupt institutions and sold-out judges, but you can’t just walk away in pride while your lies are exposed publicly; the best you walk with is humiliation.