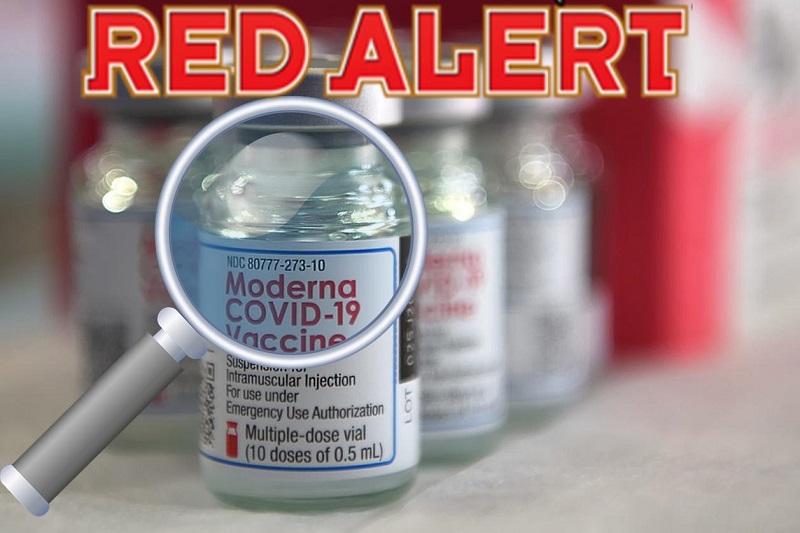 Moderna has reportedly recalled more than 760 thousand vials of its useless and dangerous COVID vaccine after one of the vials was found contaminated with a ‘foreign body’.

Reuters reported last Friday that Moderna contract manufacturer Rovi had manufactured the lot that was recalled by the company after a ‘foreign body’ was detected in one vial. But Moderna won’t say what kind of foreign body was found in the contaminated vial.

Just the News reported that 764,900 doses of Moderna’s Spikevax COVID-19 vaccine were recalled while the lot was distributed in Norway, Poland, Portugal, Sweden and Spain in mid-January 2022.

The company said it believes the “foreign body” does not pose a “risk to other vials in the lot” or affect the benefits or risks of the vaccine.

The story reminds of the Moderna vaccine’s contamination with metal particles in Japan that led to the recall of 1.6 million doses of Moderna vaccine doses last summer.

Last April, Canadian doctor Charles Hoffe revealed Moderna vaccine’s paralyzing effects in his patients. He also mentioned that most doctors who witness such vaccine damage are too afraid to speak up.