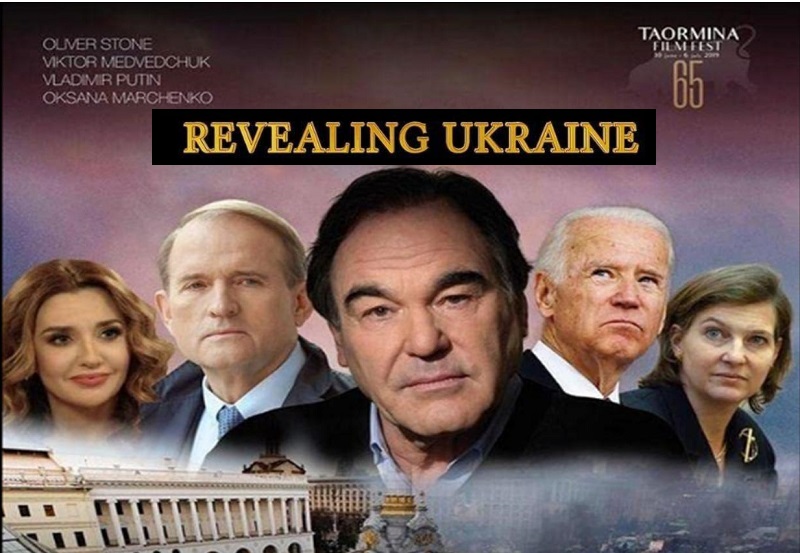 Ukraine is the attention of the news world since Russia launched its military operation in Ukraine in the latter half of February this year. Was this unexpected? What really are the contentious issues behind the current Russia-Ukraine war? These questions are answered in the revealing documentary Revealing Ukraine (2019) by Igor Lopatonok.

The story of Ukraine’s increasing hostility toward Russia shows the deep involvement of foreign political interests playing on Ukrainian soil, mainly the Obama-Biden administration of United States, and the widening internal rift in Ukraine that led to the political separation of the Donbas (southeastern Ukraine) region from Kyiv.

The documentary explores the key political interests of America and globalist Europe—both hostile to Russia—and expresses the prophetic fear of an impending war; which has already come true. Toward the end of the movie, Oliver Stone appears sad and worrisome over the prospect of the war brewing between the nations while also appreciative of Medvedchuk’s efforts toward peace and stability.

Revealing Ukraine can be viewed as a crash course in Ukrainian history since its independence in 1991 to the present day. More importantly, it reveals the elements of power, corruption, and disintegration of a nation that is quite young in its independence and by its geography happens to be in a strategically important location on the political map.