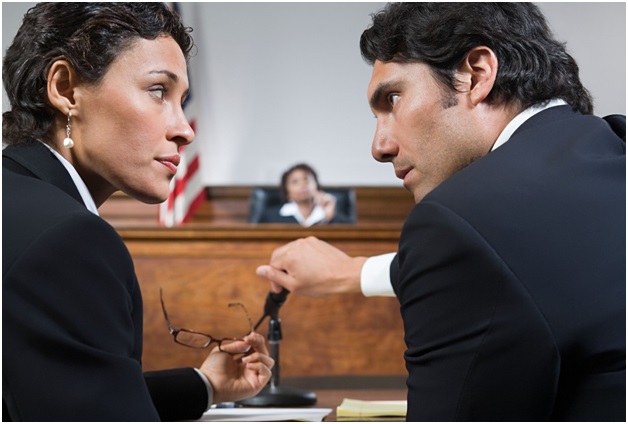 Civilized society as it is, is built on law and order. This is crucial and forms an integral part of the fabric of society because the alternative is chaos.

This is why every society in our time has its own legal system which is its system of laws and how it is to be practiced. The legal system also comprises of the judiciary which is the arm of government that interprets the law. It is within this system that the court and their hierarchy fit in.

Furthermore, the law regulates the relationship between individuals, and any dispute that arises from such dealings or relationship gets handled by the courts in what is known as a civil litigation. Offences against the state however, are known as crimes and they are prosecuted by the state.

The process of investigation, arrest, detainment and litigating alleged crimes in courts is known as a criminal litigation.

Criminal allegations are leveled at an individual when the individual is being reasonably suspected of having committed an offence. Investigations into the alleged offence(s) are conducted by the police and if there is enough credible evidence against the individual, that individual is then charged to court.

It is very important to note that as a fundamental principle of criminal litigation, an accused, no matter what the alleged offence may be, is innocent until proven guilty.

Again, under the American system, offences are generally categorized into:

It is important to note that America, being a federation, has variations of criminal litigation laws and interpretations being practiced in the various states of the federation. Thus, the classifications of offences listed here can have slight variations from one state to another. But generally, these are the basic classification of offences, you can read more about it here.

We’ve said everything we said up to this point to clearly state that when an accused is charged with a felony, the implication is that the individual is being charged with the most serious classification of crime possible. If found guilty, such an individual will spend time in prison.

However, there is still hope and that is what we want to look at here.

What to Do When Charged With a Felony

There are steps legally open to an individual who has been accused of any crime and felonies in particular. It is important to note that it is the accused who is duty bound to take or initiate these steps.

The Right to Remain Silent

This is a fundamental right provided by the Fifth Amendment of the United States Constitution which protects individuals from self-incrimination. Thus, in the event that, for any reason whatsoever, a person is arrested and put in custody, that individual has the constitutional right to choose not answer any questions put forward by the police or any law enforcement agency.

What the individual should do at this point is to politely refuse to answer any questions and request to have an attorney present. This is the smart thing to do to avoid being lured into unknowingly incriminating yourself.

Engage the Services of an Attorney

As you explore your right to remain silent, the next wise thing to do in the situation is to engage the services of a lawyer. This is to be done as soon as possible so that your defense preparation or any other option open to you can start in earnest.

If getting your preferred lawyer at the time will take time, or you do not have a personal attorney, it is wise to get the services of one that is nearby. A simple way to achieve this is to do a near me search on your search engine. You can use a search phrase like lawyers near me for criminal defense.

Also, note that where you cannot afford the services of a lawyer, one should be provided for you. This is a fundamental right of yours.

Understand What You Have Been Charged With

A lot of the times, people err or incriminate themselves simply because they did not understand the allegations laid against them. This leads to faulty assumptions or trying to talk it out with the police.

It is important therefore, that one understands the nature and severity of the offence being laid against the one.

Tell Your Lawyer the Truth

This is another critical thing to do as it will help your lawyer prepare your defense. However, it is unfortunate that lots of people still would not be truthful to their lawyers for whatever reason they give themselves.

However, as an accused, it is important to note that not being honest with your lawyer is to your own detriment.

Do Not Divulge Information to Your Family or Friends

This is not to sow doubt or mistrust among your family or friends rather, it is in your best interest. While any discussion or admission or whatever you have with your lawyer is covered by confidentiality and makes the lawyer duty bound to keep it so, there is no such confidentiality with your friends and family.

Failure to do this makes the lawyer liable. Again, your lawyer cannot be pressured by anyone for any reason to divulge any information you give. On the contrary, your family and friends don’t have that same protection.

What to Know When Fighting a Felony Drug Charge 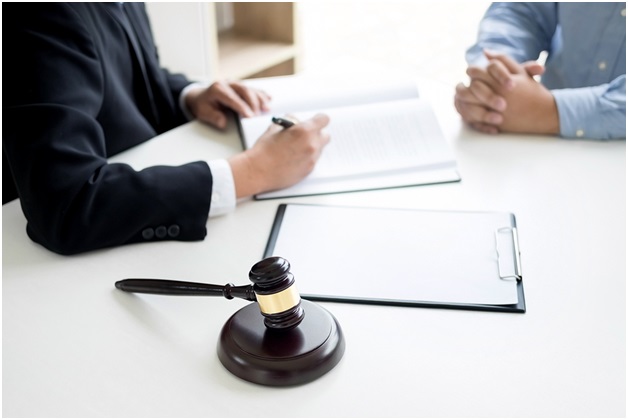 It is generally said that the devil is in the details, this is particularly true in criminal cases. A charge is not a conviction and the standard of proof in criminal litigation still remains that time tested standard of “proving beyond all reasonable doubt”.

It is the job of your lawyer to water the whole allegation with doubt.

Most felony drug charges are usually about possession, which is that the accused was caught in possession of illegal substances. However, this doesn’t necessarily lead to conviction. Your best hope to beat the drug charge will be dependent on the prosecution’s inability to prove the following:

The Legality of the Drug Search

If the search conducted by a law enforcement agency was done illegally, the resulting evidence from such an unlawful search will be inadmissible in court. This is known as the exclusionary rule which provides that the police cannot be beneficiaries of the breach of a person’s constitutional rights protected by the fourth amendment.

Thus, because of this breach, which renders any evidence gathered against the accused irrelevant, the case would have to be dropped.

An example would be a group of friends in a car, coming back from a party, the police pulls them over, conducts a search and some illegal substances are found. Generally, they would all be arrested though the substance might have belonged to only one person in the car with the others being unaware of its presence.

In court, unless the prosecution is able to prove knowledge beyond all reasonable doubt, the case may be dropped.

The Illegality of the Drug

The inability to prove that the substance in question is illegal will lead to the dropping of the charge. This can happen in some instances if the process of lab testing is compromised or that the sample gets lost or just that there is enough doubt on the reliability of the lab testing process. Actually, it does happen sometimes that the substance itself is in fact not illegal.

For this lack of definite proof, the judge can enter an acquittal of the accused.

It is important to note that, some charges get dropped even before it gets to court because of the inability to prove the above listed. And even when they get to court, the judge will usually grant an acquittal on these grounds, you can find out more at https://www.hg.org/legal-articles/how-to-fight-drug-possession-charges-31219.

The Issue of Weight

This is another critical issue, though it might not lead to the case being dropped or an acquittal. It can however, be the difference between being accused of an infraction, misdemeanor or a felony and as earlier explained, they carry various sentences.

Weight here literary refers to the amount of the illegal product that the accused was caught with. This is what makes the difference between a consumer and a distributor or peddler.

Thus, if you were just caught with a bit of the illegal substance, you will be able to beat the felony charge and maybe get a misdemeanor charge or lower. Also, issues like lack of a criminal record, being a first time offender and age are all factors that can play to your advantage during trial.

It is not good that the life prospects of an individual get ruined because of a mistake or a false allegation. For one, many employers will not employ an ex-convict even after the person might have served time.

It is therefore very important that you do everything within your power to ensure your case is handled by the best attorneys as this will give a better chance of beating the charges against you.