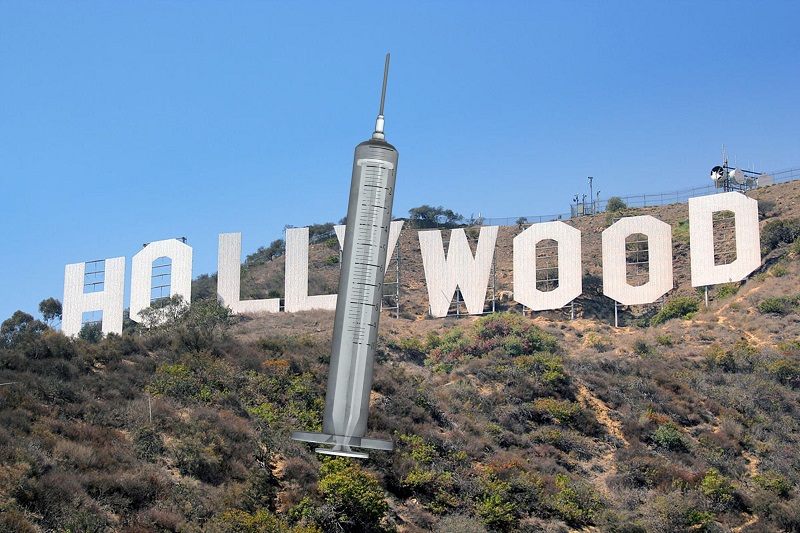 Guess who is partnering with the vaccine mafia to force sheeple into taking the useless and dangerous COVID shots? Hint: it’s the den of rape and abuse of women and children on the west coast. Yes, it’s the loony leftie Hollywood.

The news of an agreement between Hollywood unions and studios made headlines a couple days ago when a joint statement from major Hollywood unions and big production companies disclosed to the media the decision of requiring mandatory COVID vaccination on Film and TV production sets. Republic World posted the guidelines for this agreement by which cast and crew may be required to work on films and TV productions only if they are vaccinated against COVID 19.

It is interesting to recall that Hollywood enjoyed immunity from lockdowns imposed on other businesses during the thicks of the so-called pandemic as the leftist administration of California treated Hollywood’s entertainment work as essential business. In step with its leftie pharma-control agenda, the rape center of California is accordingly returning the favor by making its dependents take the COVID vaccines. If they say no, they may face homelessness and starvation, especially the lower earning crew and less recognized actors. Most won’t have the balls to say bye to the over-rated swamp that is churning out political propaganda than making quality films these days. Hollywood unions own these workers, the slaves of today’s America.

In September last year, Hollywood clowns adopted COVID testing requirements for cast and crew, calling it science-based protocols. It seems by producing heaps of cheesy science fiction stuff over the decades, the circus of pimps and whores actually has started to believe it knows science. But then they can deceive any unsuspecting audience, mainly the ignorant libbos, into believing that they do. After all, the art to lie is practically bewitching, or else why billions on this planet would still be watching the crap coming out of Hollywood.