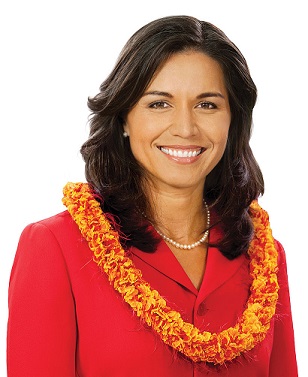 As more and more sources are revealing the support of the US and other governments extended to ISIS, lawmakers within the Obama government have started questioning their President’s foreign policy.

Tulsi Gabbard, a Democrat House member from Hawaii, criticized Obama’s Middle East policy, calling it “illegal” and “counterproductive”. She says Obama’s policy is arming “our enemies” and trying to remove the defense against the terrorist, namely Syrian President Assad who is fighting terrorists with the help of Russia’s military action.

Gabbard, herself an Iraq war vet, also used the words “Islamic extremists” in her interviews with media – something most Democrats are reluctant to do. She said Obama’s attempt to overthrow the ruling Syrian regime would help ISIS and pose “a great threat to the world”.

Along with a fellow congressman, Republican Adam Scott, Gabbard has introduced a bill in the house to end the “illegal” war of the US government on the Syrian state.