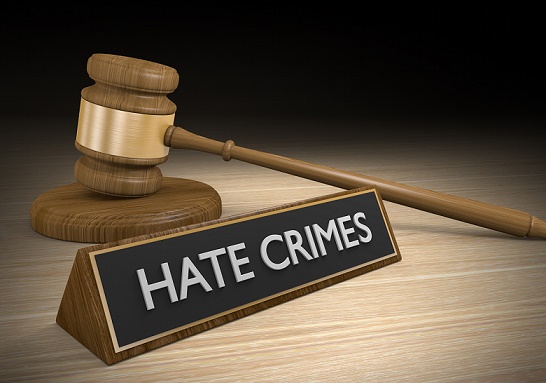 In an even deeper look into hate-crime legislation is the findings that some states are non-inclusive, meaning not all states follow all elements within the Federal Law. This is allowed due to individual state rights and each individual State(s) possessing separate Constitution(s) Law(s). This would include “the obligation to recognize data collection for hate crimes”. Such States are: Alabama, Alaska, Arkansas, Georgia, Idaho, Mississippi, Montana, North Carolina, North Dakota, Ohio, Oklahoma, Pennsylvania, South Carolina, South Dakota, Virginia, West Virginia, and Wyoming.

Within these States is the very real possibility that hate-crimes could actually be higher in number due to the States’ non-reporting obligation of data on such criminal offensives. Therefore, the only way such crimes could be reported and included into the FBI’s data for record-keeping is for the victims of such crimes to seek assistance from such organizations such as the NAACP (National Association for the Advancement of Colored People), or by contacting a civil rights attorney.

Within every law no matter criminal or civil. Legalese is often used, the term “legalese” meaning is the language used by lawyers that is difficult for most people to understand. Also known as legal jargon, and the laws that are relating to criminal hate crimes are no different.

Laws such as Mens Rea, are incorporated in criminal cases. Mens Rea, is a Latin term meaning “guilty mind”. In the American legal system, every crime has two components which the prosecution must prove to obtain a conviction of the defendant. One, actus reus, or the criminal action, and two, mens rea, the criminal intent. If either component is missing, the defendant will be acquitted. The burden of proof always falls on the prosecution side.

Yet, criminal intent does not necessarily mean “malicious intent”, and a person can be found to have criminal intent even where his motives are objectively good. The levels of mens rea, range from no intent, to the level of intent required to obtain a death penalty verdict in a first degree murder trial and everything in between.

Ranges widen out from malice aforethought, intentional, knowing, reckless disregard, and strict liability, which is rare in criminal cases. Other less used methods are mental capacity, acquittal in spite of proven mens rea, (such as in cases involving self-defense).

Also, there is “Ignorance of the Law”, in the U.S. legal system, a person is liable for the legal effects of intended acts or willfulness, thus this is an element of a crime, meaning that the defendant knowingly and intentionally violated a law, ignorance of the law would be a defense to that element.

Civil Rights Violations are also a possibility. In 31 states and the District of Columbia, under the “civil cause of action” people who commit violence, intimidation, or vandalism may also be sued in civil court and ordered to pay damages (money) to the victim. The amount totals vary from state to state within the civil liability laws.

The guidelines for the Federal Laws being enforced shall be undertaken pursuant to guidelines issued by the Attorney General, to be included in the United States Attorney’s Manual that shall establish neutral and objective criteria for determining whether a crime was committed because of the actual or perceived status of any person.

Other qualifications must conclude that, no persecution of any offense described in the subsection may be undertaken by the United States, expect under the certification in writing of the Attorney General, or a designee, that concludes that, first, the State does not have jurisdiction. Second, the State has requested that the Federal Government assume-jurisdiction. Third, the verdict or sentence obtained pursuant to State charges left demonstratively un-vindicated the Federal interest in eradicating bias-motivated violence. Fourth, a prosecution by the United States is in the public interest and necessary to secure substantial justice.

In conclusion, we live in a very scary political environment. As the people stand to fight the government(s) over more control, hoping to end up with a little more (rights), in the end, we may all end up with less. Having hate crime law(s) can’t solve the problem of (hate); rather, it attempts to put a Band-Aid over a deep flesh wound to its victims. Discrimination against someone for any reason is a hate-crime. Individuals or groups of people that hate to reflect their “want of the heart” need to blame others for the conditions they perhaps helped create, or are the victims of the conditions, which someone else created, while never having any type of control over them, from the start.”