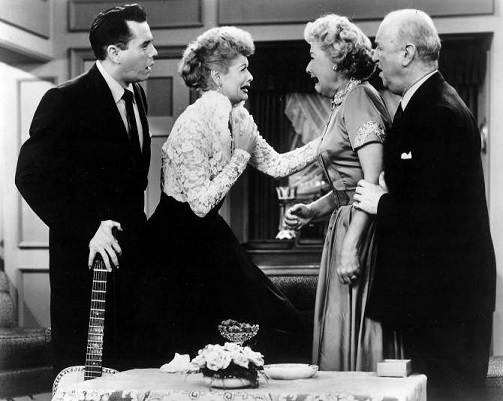 If you are old enough to remember what television was like 30, 40, or even 50 years ago, ask yourselves if television comedy shows are as humorous today as they once were.

I have been listening to comedy shows for more than 50 years, and I have reached my own conclusions. I don’t laugh as much at comedy as I used to. Like many other types of programs, comedy seems to be more watered down, and the acting isn’t the same. Either the characters talk too fast, act more youthful, or they are just too bland for my taste.

Specifically, I enjoyed The Jeffersons, I Love Lucy, The Dick Van Dyke Show, and other classic comedy programs. The jokes were more noticeable, and they fit right into the show’s plot very nicely. We understood what was going on, and our interest was always there. There was nothing like it. We television fans talked about the actors and actresses who played lead and supporting roles, and we couldn’t wait for the next episode.

Today, when I hear about comedy shows advertised, I yawn and say, “Who cares?” With rare exception, I simply can’t be enthused about today’s comedy. Perhaps if I went to see a popular modern comedian, I would be proven wrong, but we’re talking about television right now.

Another aspect of today’s humor which I don’t find very appealing is the use of questionable language. I don’t think prime time television is the place for such language. It belongs on HBO or any other mature network, but during prime time, children are up. Today’s kids will find ways to see these types of shows, especially when they have more opportunities to get away with it. Let’s face it, the modern generation has more resources available to them so that they can defy their parents and watch television anyway. There are smart phones and other modern devices which allow this.

I don’t know what the future holds for television, but I am concerned. I know society has changed, but I haven’t. As a result, I just stick to sports, news, the weather channel, Judge Judy, and other more conservative programming.