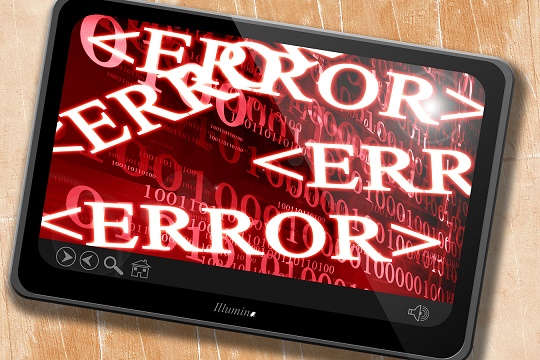 What happens when you can’t communicate? You’re speaking the same language as the person across from you, but for whatever reason there’s a disconnect. We’ve all seen it. One of you ends up repeating themselves over and over again in a staggering display of human repetition akin to the old cliché regarding broken records while the other stares blankly after surrendering the never ending “what” battle.

It can be taken even further than just those simple misunderstandings. Relationships are rife with examples. How many arguments can you think of that have taken place between you and your significant other that leave you thinking “How did that happen?” It might be extreme to say, but entire war battles have been fought over lack of or miscommunication (I would encourage a researching on the civil war surrender dates and battles fought afterwards.)

For whatever reason we accept these situations (except the war perhaps) as just a part of the human experience. It is thought of as a sort of socially acceptable error code in our communication method. “Our language isn’t efficient enough” was told to me by a budding communications major on campus when I asked him why these things happen. But, is that what’s taking place? Is our language simply not capable of certain things? I think not.

The issue that is really at hand is not one of inefficiency but one of misunderstanding. A misunderstanding not between each other but of the language itself is taking place. Individuals may lack the knowledge to back up their capability to utter speech. Also, an apparent laziness can be seen if you pay attention to the word choice and speech patterns of people.

Not last week, I was having a conversation with someone and they asked me to “Throw their bag on the table.” This appears to be a normal request and the figure of speech being used is well known, but therein lies the issue. What she meant to say was “Can you place my bag on the table,” instead she defaulted to a commonly used figure of speech. I don’t mean to harp on figures of speech because they certainly have their place in language, both written and verbal. And, this may be an extreme case of the literal interpretation of that phrase, but the point is there. Saying what you mean should be the next sweeping step for the English language.