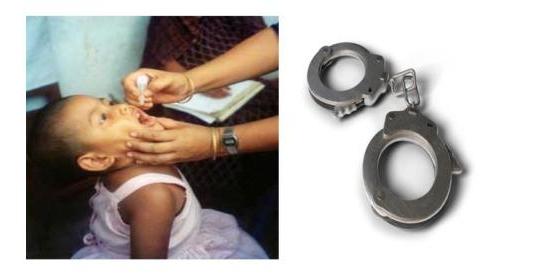 Government in Sindh province of Pakistan has started using scare tactics to force parents into vaccinating children with the oral polio vaccine (OPV), which has been banned in Europe and most of the developed world over its serious health risks.

This alarming news of imposing a live biological agent illegally and unethically on civilians not only raises great concerns on account of human rights violation by the state but also reveals the similarity in means of control by the government and Taliban – both using fear to force their agendas and interests on the helpless civilians: Taliban imposing veils and sharia law while the government imposing polio vaccine, which is a multi-million-dollar opportunity for people running vaccination campaigns in poor countries, such as Pakistan.