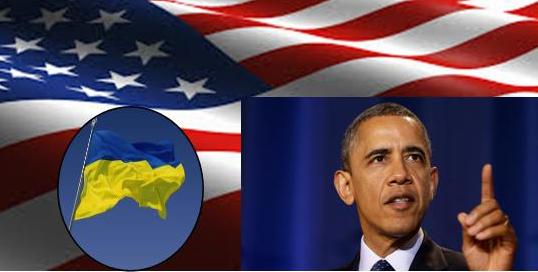 Front Royal, VA – From the fog of a long, hard winter, questions come stumbling out of the cold.

Take Ukraine. For a decade and more, the United States has advocated – and even agitated – for democratic elections there.  And yet, as so often occurs when the Goddess of Democracy winks, our government has been unhappy with the results when Viktor Yanukovich won Ukraine’s presidential elections in 2010.

Regarding the recent unpleasantness in the region, the Rubble has friends on all sides. Hence, as usual, we ponder principle, not personality.

Yes, Mr. Yanukovich was elected, but he was corrupt, we are told.

Well, the folks at Transparency International agree: in 2013, they listed Ukraine as number 144 out of 177 counties in terms of corruption. Ukraine tied with Nigeria, to give the reader a sense of Yanukovich’s humiliating performance.

Other countries fared better. The United States came in 19th, tied with Uruguay, but behind Denmark (1st), New Zealand (2nd), Finland (3rd), and a host of other less corrupt countries (Lois Lerner, call your office).

For instance, Canada, our neighbor to the north, came in 9th; our neighbor Mexico, alas, came in 106th – tied with Bolivia and Argentina (a sobering footnote to the ongoing amnesty debate).

So it’s all to the good to be banging our pots and pans about Yanukovich the corrupto. But while we’re at it, a dollop of perspective.

Yes, Mr. Karzai, the toast of so many State of the Union skybox charades, came in dead last, tied with North Korea and Somalia.

And then there’s our marvelously democratic ally Iraq, which edged out Mr. Karzai, coming in in 171st.

Now here’s a question: the U.S. taxpayer is pouring billions of dollars a year into Afghanistan and Iraq – countries that, for all we know (“transparency” being really really woefully totally big-time lacking) are light years more corrupt than even that nasty Mr. Yanukovich was.

Moreover, we have pledged to keep the billions flowing far into the future – even as the governments of these two “democracies” thumb their noses (and that’s not all) at us.

Moreover, Obama is now promising the suddenly no-longer-corrupt Ukraine tens of billions of Americandollars to show Putin what a piker he was, offering only a measly ten billion.

We are reminded of Nancy Pelosi in 2009. When asked to identify the Constitutional provision that authorized ObamaCare’s massive takeover of health care, she famously uttered to mocking reply, “Are you serious? Are you serious?”

What troubles the Rubble is this: our bipartisan crusading establishment claims to advocate democracy throughout the world – even if it requires a bloody coup now and then in countries like Ukraine, Egypt, and Syria.

All the world’s a stage, and politics is the plaything for these sandbox savants whose taunts and tantrums might well find them sending us stumbling into World War III.

Second: as we pore through the dust in the attic, we collide with an old and forgotten friend – history.

Somewhere, someone lurking in the bilious bowels of the Democrat Party has a sense of the past that goes back farther than “Blame Bush.”

That pilgrim might stumble across a nagging memory prompting us to recall that, when all else fails, second-term Democrat presidents are wont to foment patriotic wars to cover up for their disastrous domestic policies.

In the vice-presidential debates of 1976, Bob Dole boldly (for once) called them “Democrat Wars” (only later would Republicans indulge in this perfidy).

Obama is desperately trying to avoid a shellacking in the 2014 midterm elections. His incompetence – truly, surpassingly stunning – offers the perfect ingredient for his party’s recipe to rescue his floundering administration’s last two years in office.

They did it with Libya, driving that country into even deeper disaster. They almost did it with Syria, but on Saturday, September 7 of last year, Pope Francis called on people of all faiths to fast, pray, and give alms on for the cause of peace.

Two days later, on Monday, Obama’s dreams of going to war (with Al Qaeda terrorists as his allies) were shattered.

The possibility of military confrontation in Ukraine offers a new chance for the false Prophet of Hope and Change.

The harrowing specter haunts us all. It constitutes a pressing invitation for the Vicar of Christ on earth to renew his penitential call for prayer and for peace.

Should Obama’s Fantasyland continue to go awry as elections approach (and it undoubtedly will), the administration can count on senior Republicans like Senators McCain and Graham to carry his water and pour it on, drowning the national desire to throw the bums out in a “bipartisan” tsunami of faux patriotism and real war-profiteering.

All with a strutting, gloating Republican imprimatur.

Christopher Manion, Ph.D., is Director of the Campaign for Humanae Vitae , a project of the Bellarmine Forum. See his biographical sketch and photo http://www.fgfbooks.com/Manion/Manion-bio.html

From Under the Rubble is copyright (c) 2014 by Christopher Manion. All rights reserved. This column is sponsored by the Bellarmine Forum, and distributed by Griffin Internet Syndicate and FGF Books, www.fgfBooks.com. It may be forwarded if credit is given to the author and fgfBooks.com. To post or reprint, contact Fran Griffin.