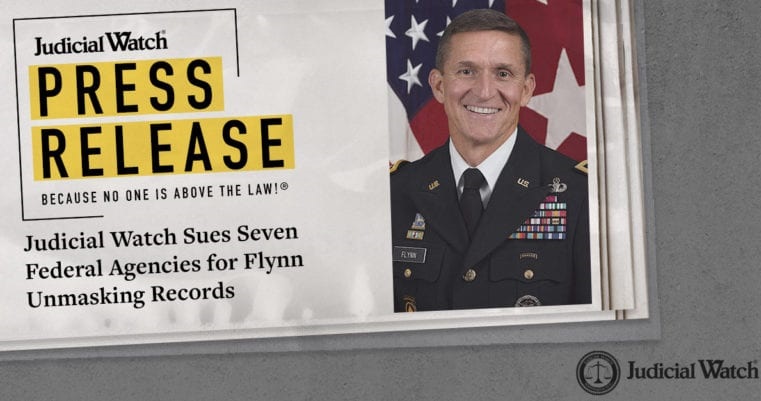 Judicial Watch filed a lawsuit against seven federal agencies for their role in unmasking Lieutenant General (Retired) Michael Flynn. The agencies include CIA and the State Department.

In a Press Release posted November 20th, Judicial Watch announced that it filed a Freedom of Information Act (FOIA) against seven federal agencies on November 16, 2020. The agencies named in the lawsuit include:

John Brennan (CIA), James Comey (FBI – DOJ), and two ODNI officials – James Clapper and Michael Dempsey – have been named in the lawsuit as responsible for making unmasking requests in late 2016 and early 2017.

The unmasking requests during the Obama-Trump transition by high-ranking Obama officials reek of sedition. President Trump should order a full court transparency press to expose more of the truth about this terrible corruption.

President Trump pardoned Flynn on November 25th to put an end to his judicial persecution by left-wing politically motivated judges.