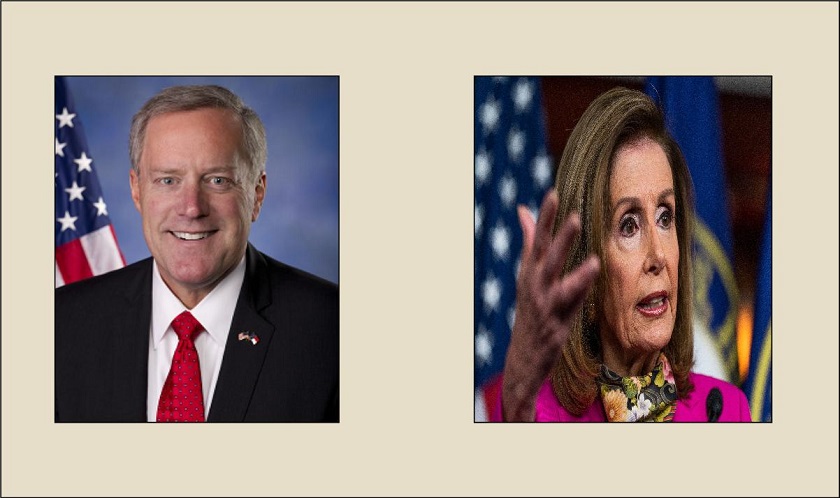 Mark Meadows, White House chief of staff under President Trump, has filed a lawsuit against Nancy Pelosi and her unconstitutional committee that is pretending to probe the January 6 protest at the capitol in D.C.

Per reporting of Breitbart, the lawsuit against Pelosi was filed by Meadows on Wednesday (December 8) at the federal district court for the District of Columbia. Earlier in the day, the committee’s Democrat chairman Bennie Thompson threatened Meadows with pursuing criminal contempt charges after Meadows refused to cooperate with the committee.

The story tells that Meadows’s lawsuit calls the committee unconstitutional. His statement says:

The Select Committee, however, is not an authorized congressional committee because it fails to comport with its own authorizing resolution, House Resolution 503.

By this resolution, the committee needed to have 13 members 5 of whom needed to be appointed with consultation of the minority leader, i.e. Republican Kevin McCarthy. But Pelosi rejected McCarthy’s nominees and picked her own 2 favorites that are Trump’s political foes. The rest of the seven are all Democrats and the total number of the committee members is thus 9.

As reported by the New York Post, the lawsuit filed by Mark Meadows seeks invalidation of the subpoenas issued by the unconstitutional committee run by the Democrats and the two Republicans colluding with them. The suit says:

The Select Committee acts absent any valid legislative power and threatens to violate longstanding principles of executive privilege and immunity that are of constitutional origin and dimension.

While the Democrats are using the January 6 select committee to politically target President Trump and his team members and supporters, conservatives are fighting back against the assaults of the Democrats and their allied government agencies. Last year, Judicial Watch filed a lawsuit against seven federal agencies for their role in unmasking Lieutenant General (Retired) Michael Flynn.