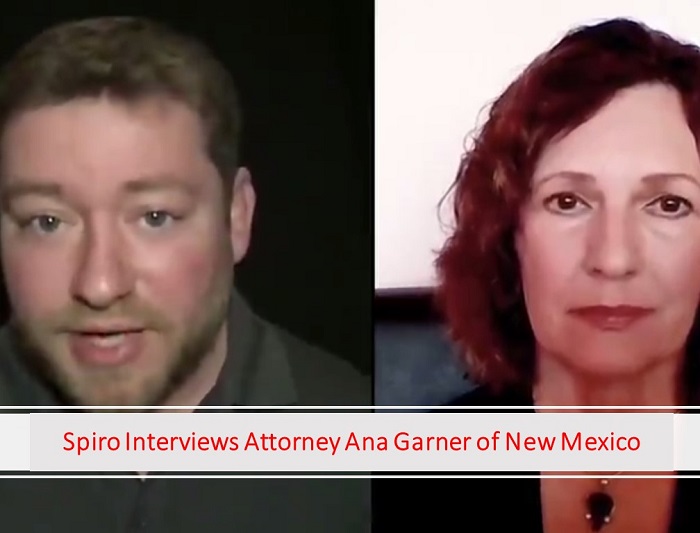 The pharmaceutical mafia and liberal governments are taking the enslavement process of Americans to the next stage, that is forcing the COVID 19 vaccine on people. If you want to resist, you will be blackmailed with termination from your job. That is what one county in New Mexico did to its employees and now there is a lawsuit challenging it.

Spiro Skouras of The Activist Post posted his video interview with attorney Ana Garner, who has filed a lawsuit against the Doña Ana county on behalf of her client Isaac Legaretta over the county’s decision to make the COVID 19 vaccine mandatory for first responders. Legaretta has refused to take the COVID vaccine while some of his colleagues who initially objected were pressured into taking the shot over fear of losing their job.

Attorney Garner said in her interview that she is prepared to take the case all the way to the Supreme Court to challenge mandatory vaccination policy of the county in question.

What’s at stake here are our medical freedoms, our liberties, bodily integrity, our right to choose to refuse any sort of medical intervention. This is a critical issue. We are not human guinea pigs.

Garner explained that it is important to stand your ground against the mandatory vaccination for a legal standing of the lawsuit. If you succumb to the pressure of the employer and take the vaccine, your chances of winning a lawsuit go down.

Spiro included the note in his post about the case that his video of interview with Attorney Garner was initially banned by YouTube before it was even published, but since has been reversed. Included below is the same video on the free speech vide site BitChute.

Updates on the case of Isaac Legaretta against mandatory vaccination and others can be checked out at the New Mexico Stands Up website https://nmstandsup.org/.