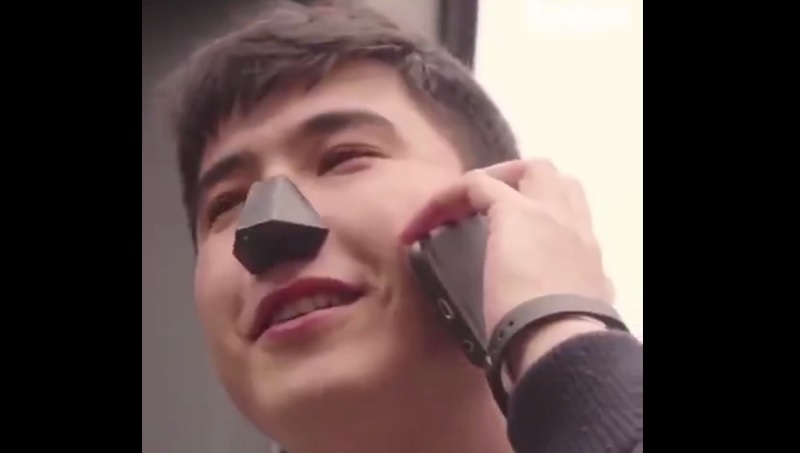 Not happy with your face covering? The technology cornucopia has new stuff to offer if you can keep your nose in the affair. Don’t be puzzled. I am actually talking about your nose; yes, your real nose – not the figurative one – since the health technology offer is a Nosy.

Nosy, that’s the name of a new article you can wear on your nose – hence the name – for supposedly safer breathing. A promo video posted to BitChute shows the device promises to better protect you from air pollution and allergens and serve as an alternative to face masks as long as you don’t breathe through your mouth. Made of a silicon seal, Nosy can be clipped on to your nose so you can breathe cleaner air through its carbon and HEPA filters.

On its official website, Nosy says its technology has “lab certified effectiveness in destroying 99.997% of viruses and filtering 99.97% of pollution” and is not only waterproof but Sweat & makeup resistant.

This device is already on sale but we haven’t heard about it from the mainstream media – an indicator that it’s not approved by the establishment or pharmaceutical mafia that controls the media and most of the government machinery. But is it yet another example of junk science?

My gut feeling is yes, it’s very much so. First, claiming that science finds it effective does not mean it’s established as a fact. The corporate reality of the so-called science in our age is beyond obvious and the fake pandemic and bogus science’s push for vaccines are the textbook examples of such corruption. Thus the claim to offer protection from viruses and pathogens is just a lame selling point.

That said, if the device stops pollen or allergens from inhalation, I can sure imagine it’s implication for allergy patients who suffer in Spring and/or other seasons due to pollination. We’ll need to see proof of its effectiveness though.

Is it our future or the promise to return to normal to have a Nosy on your nose? The very thought is ridiculous. I have a nose that is more than enough for me. Science can keep its nose and its Nosy out of my way. But those aspiring clowns out there, sure! Here’s your safe and waterproof show item. Go get it!