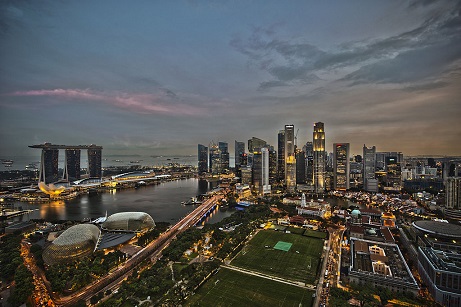 News sources today regularly report on financial news, stocks, and trade deals, yet despite these reports, the public for the most part is in the dark when it comes to understanding the impacts of such deals and trade agreements.

NAFTA and the TPP Trade Agreements

When a new trade agreement is signed into law, the tendency is to report on a positive outlook and what it could mean in the future. Phrases such as “free trade” and “long term growth” quickly take hold into the verbal terms of the vast majority of media outlets. Results and after effects become oblivious to the outside world and its population.

For example, experts have estimated that NAFTA (North American Free Trade Agreement) to the everyday American from the moment of its inception in 1994 to today (2016) is estimate that individual incomes has risen $400 per person for someone that has an income than is around $50,000 U.S. dollars a year. Of course, if you adjust it with inflation, the results are practically flat.

Laws that regulate the TPP agreement involve the implementation and enforcement of labor laws and steps from waiving or derogating from laws implementing fundamental labor rights in a manner affecting trade and investment. Including commitments to discourage trade in goods produced by forced labor, including forced child labor.

However, in the same law it also states, “commitments to require countries not to weaken labor protections in export processing zones.” In chapter 28 it mentions that no TPP party can provide for “private right” under its domestic law against any other TPP party for failure to carry out the obligations in the TPP agreement. A law that seems to have many loopholes and is careful worded to insure economic success, no matter what the consequences produce as related to the laborer.

The Laymen, Facts and Figures

When middle-skill jobs vanish, those workers must either take low-skill jobs or compete for the fewer middle-skill jobs left. As a result, that extra competition drives down wages. Other facts include, 6.3% of U.S. population has two or more jobs. Around 38-40% live paycheck to paycheck, 5% have two or more “part time jobs”, and almost 5% are unemployed. In total, over 56% is feeling the everyday effects of companies that use globalization to attempt to seek low wages workers.

According to the Pew Research Center, 71% of the world’s population lives on $10 a day or less. In a related point, a 2015 CNBC study revealed that over 80% of American’s are in debt, and or have serious debts.

Globalization has created a system of invisible beneficiaries and visible losers of the everyday worker do to the effect of a global market.

Indian mathematical and statistician Prasanta Chandra Mahalanobis, once was able to put the entire Indian economic system within a single mathematical equation. While economic systems today seem to be far more complex and grow exponentially, the idea remains qualitatively superlative. Most professional analysts still remain dumbfounded as to how to effectively help the poor and working class throughout the world to gain greater economic mobility.

Long-Term Effects of the Laymen Class

Many different terms and phrases are used to apply those in this category, such as “blue-collar” and “working class” or even “the middle class”. An increasing supply of those that must be and remain subservient to any economic system is a self-destabilizing one. This will cause the long-term effects to appear subliminally within a countries individual foreign and domestic policies.

The results, rather for the “good effects” or the “bad effects” become minuscule in the apparatus of the determination(s) on whether the end result will be the assurance of a systemic result of progress, or that of mutually assured economic destruction.