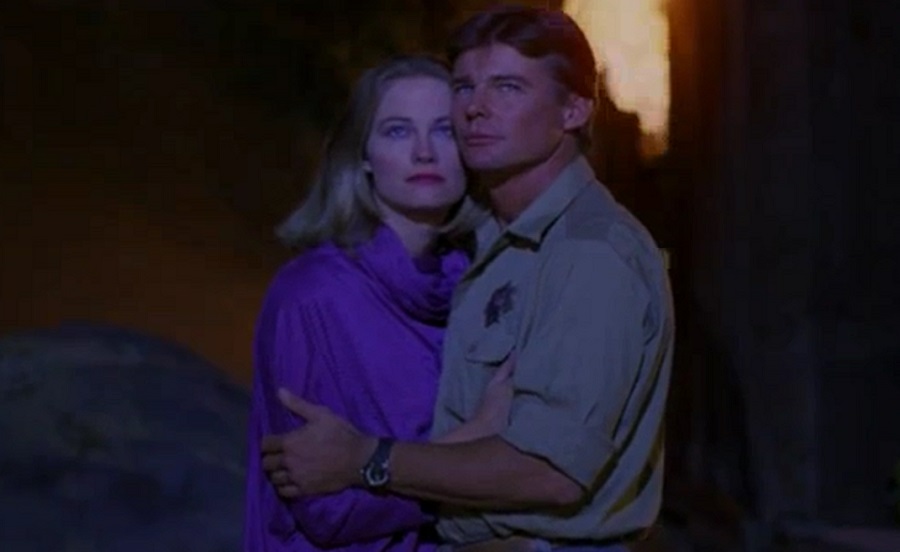 So folks, how are you taking the election fever that is getting a bit too chronic? I’ll say it already has become a real-life political thriller: there is the crime, which turns out to be a series of crimes, the suspect, the risk, and the troubled heroes searching for answers while the case goes to the court. While the main show continues, I wanna take you for a moment to the fictional presentations on the screen. Yuppie, it’s Quiz 22. But you know the drill: the previous quiz gets answered here.

So Quiz 21 showed you a shot from a movie with a strong female lead and the actress in the image played a role with strong parallels to an iconic character of hers in a 60’s film. I guess that hint made it easier to guess the movie since the actress in the quiz is the unforgettable Faye Dunaway of Bonnie and Clyde fame.

The shot in the quiz is from her movie The Wicked Lady (1983), directed by British director and producer Michael Winner. Dunaway plays Lady Barbara Skelton, a woman who advances from stealing her sister’s fiancé to becoming a highwayman, all along making sure no one gets in her way. The part-adventure part-costume drama was the movie debut of Marina Sirtis (Counsellor Troi of Star Trek: TNG) and the whip-fight scene between her and Dunaway created a controversy, delaying the movie’s release.

Okie, it’s time to exit the answer room and on to Quiz 22.

For Quiz 22, I am picking a shot from a sci-fi movie showing two heartthrobs of the ‘70s and ‘80s Hollywood. I think they look dazzling together. Or is it dazzzzzzzlinggggg? Here’s your shot.

Can you name both the stars and the movie? Your answers go in comment box below.

One thought on “Film Quiz 22 – Do You Remember These Hearthrobs?”