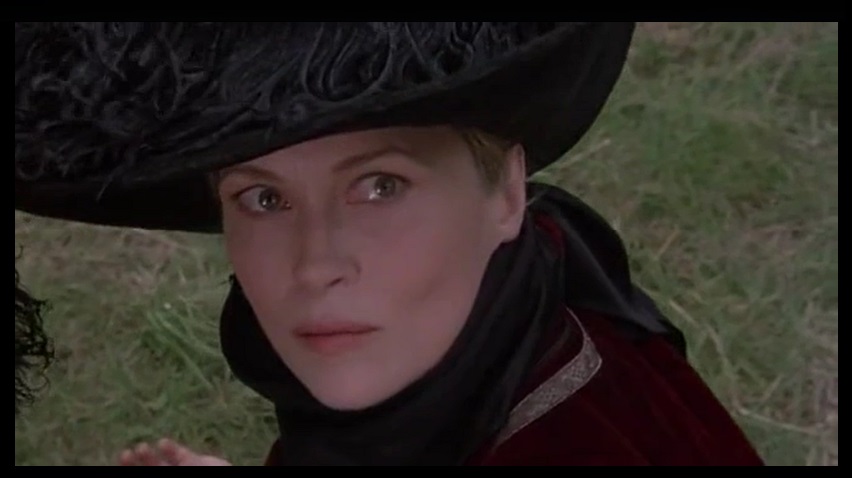 It’s October coming to an end and still the COVID 19 story playing in the daily theatre of life – what a shame! No movie made it that big, especially when the people didn’t want to see it but were forced to see it; or rather, act out the roles assigned to them. So let’s turn to the screen world anyways, the good old days of movies. This is going to be our Quiz 21 but first, as always, the answer to the previous quiz

So Quiz 20 showed you a shot from a horror film of the ‘80s and asked whether you could tell the movie name and/or any of the actors. Here’s the answer.

The movie is Anthony Hickox’s Waxwork (1988) and is a fantasy/comedy/horror starring David Warner – who of course you don’t see in the shot. The group of college-going friends that visit the creepy wax museum you see in the shot include Zach Galligan (in the center/ as the main subject of the shot), who plays the protagonist, Mark, in the movie. To his left are: Dana Ashbrook (Bobby of Twin Peaks) smoking a cigarette, and Deborah Foreman, who plays the female lead Sarah. To Zach’s right are Clare Carey (behind Zach) and Eric Brown.

For a quiz, it wasn’t an easy one but probably not so tough for horror fans. And you can beg to differ! So I guess we can try a somewhat easier one now – and the word is somewhat – as we leap ahead for Quiz 21.

The Quiz 21 shot below shows you an actress in a special getup – and you can guess what. She is famous as fame in Hollywood and has played a number of immortal characters.

Hint: The movie in question shows her in a character with strong parallels to an iconic character of hers in a 60’s film.

One thought on “Film Quiz 21 – What Actress and Movie You See Here?”