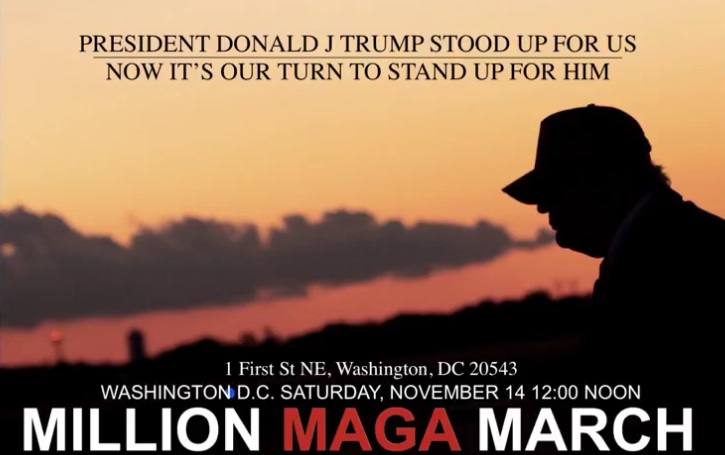 Conservatives are going to protest the massive fraud in 2020 presidential election coming Saturday as they march in DC in the Million MAGA March on November 14th.

The Million MAGA March is scheduled to be held at 12 pm (Noon) at the Freedom Plaza on Pennsylvania Avenue, Washington, D.C.  The eventbrite page of the planned rally says the march is against the swamp’s theft of the election

Conservative commentator Nicholas J. Fuentes posted on Twitter that he will be attending the march.

CALLING ALL PATRIOTS IT IS MAGA NIGHT AT THE WHITE HOUSE

I will be attending the Million MAGA March next Saturday! Join me there. pic.twitter.com/CGkdfn8TZw

A BitChute video shows the background of the Million MAGA March event, including a clip from President Trump’s speech on the election night when he called out the fraud by the democrats in 6 states that suddenly stopped counting votes while the President was racing ahead to victory with big lead in all states.