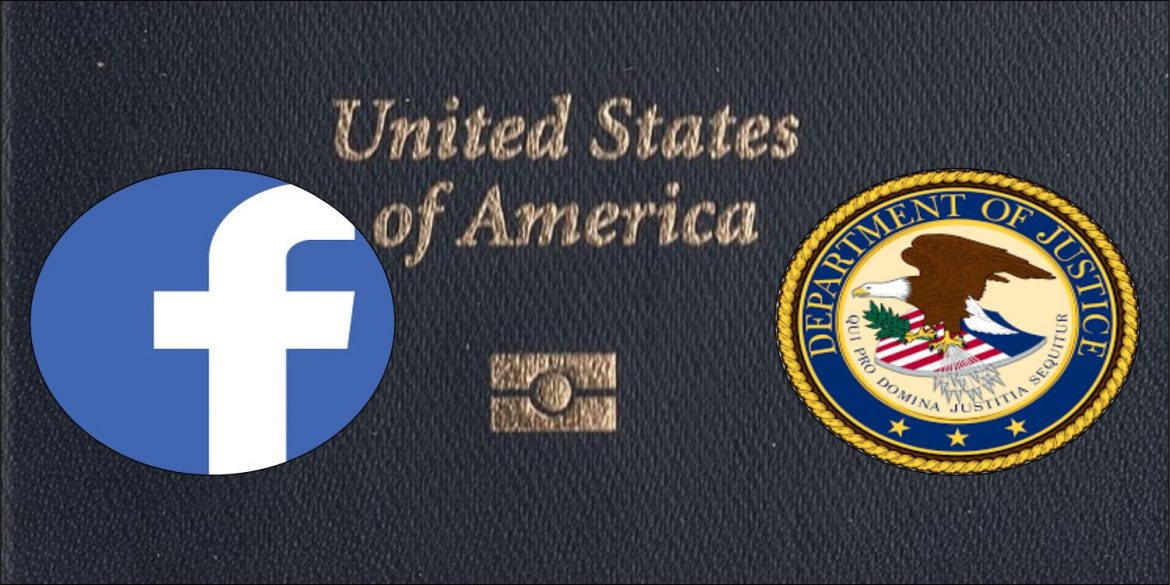 In a not-very-surprising revelation made yesterday (December 3rd 2020), Facebook was said to have hired well over two thousand non-citizens without offering the jobs to Americans and following the requirements for making jobs available to Americans first. Now, the Department of Justice (DOJ) has sued Facebook over these violations.

The Department of Justice posted the press release on their website announcing the lawsuit against Facebook for hiring 2600 non-US workers with H-1B and other temporary visas, favoring them over American citizens.

The lawsuit alleges that Facebook refused to recruit, consider, or hire qualified and available U.S. workers for over 2,600 positions that Facebook, instead, reserved for temporary visa holders it sponsored for permanent work authorization

The announcement says that the DOJ has been investigating Facebook’s hiring practices for two years and the lawsuit has been filed after it was determined that the company’s “ineffective recruitment methods dissuaded U.S. workers from applying to its PERM positions.”

Judge Jeanine Pirro commented on the lawsuit on Fox News today, calling Facebook’s hiring of foreign workers an act of discrimination against Americans.

ICYMI: The Department of Justice is now suing Facebook for hiring foreign immigrants over American workers. I joined The Story this evening to discuss the latest developments. Take a look. pic.twitter.com/YduBiu9tE3

While Facebook has reportedly violated the Immigration and Nationality Act (INA) by selectively hiring foreign workers, the Department of Labor and the State Department are supposed to make sure the hiring process is transparent and not violating the INA. The lawsuit against Facebook also needed to address those officials at the Labor and State departments who let Facebook hire such a large number of workers without fulfilling the INA requirements.

It is also surprising why the DOJ waited for a whole two years to sue Facebook after it had hired so many foreign workers. A single case or two would have been enough to go after them and thus stop them from bringing un-needed foreign workers permanently to the country. It appears that the recent backlash of Americans against the DOJ for its inaction against massive frauds and crimes of Democrats has made the department look for a little work to restore its shattered image.