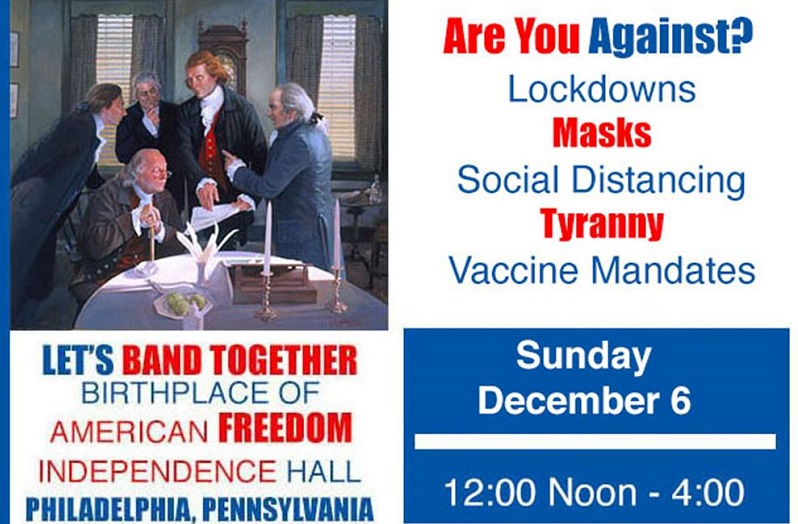 In one of the most important events of this year, or even of your remaining earthly life, the activists for freedom against COVID tyranny are gathering for a liberty rally in Philadelphia, PA, on Sunday, December 6th to demand the politicians to stop the lockdowns and shutdowns that are killing people in America. How long will people obey and how far are they going to allow the tyrants to impose their agenda on people without any regard to their losses and suffering?

As Dr. Andrew Kaufman included in his email message to fellow activists and concerned citizens, The Unmasked is hosting this event with Dr. Kaufman as one of the featured speakers. The liberty rally event will give a voice to all concerned against the unscientific testing for COVID, the push for a risky vaccine, mask mandates, and other forms of tyranny in the guise of made-up medical emergency. Dr. Kaufman says:

If we do nothing and just go along then it will be harder and harder to resist as things progress. Act now before you are barred entry from work and travel without getting weekly testing and the vaccine. Act now before all the small businesses are bankrupt and most of the people fall into destitution and dependency on government income.

In addition to Dr. kaufman, the speakers at the liberty rally will include: David Icke, Mark Passio, Jeff Berwick, Eustace Conway, Howard Lichtman, and more.

The liberty rally is going to be held at the Independence Hall on Sunday, December 6th from 12 (noon) to 4:00 pm. The event was originally scheduled for Saturday, December 5th, but due to weather concerns, the event has been rescheduled and moved to Sunday December 6th.

The event information is included below in the image. 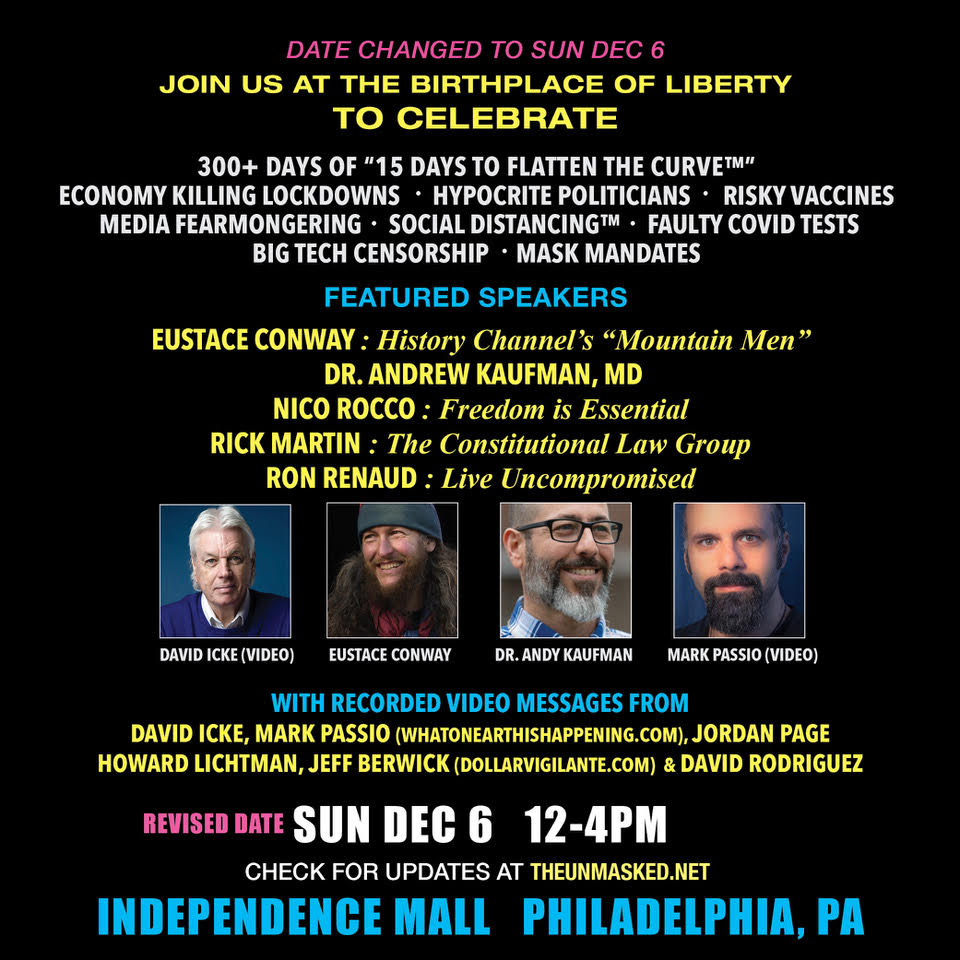 For future events, readers can visit the website: http://theunmasked.net/.