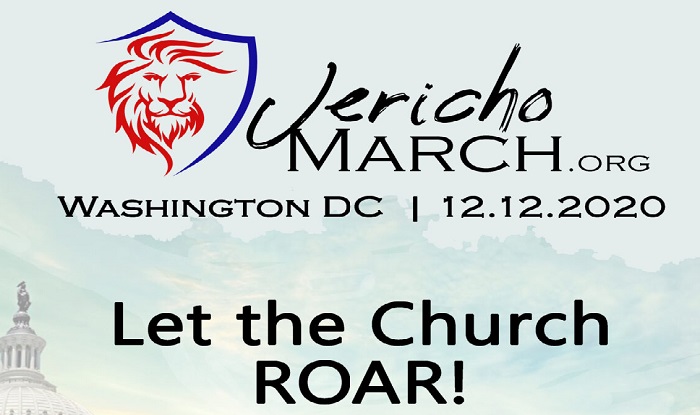 Patriots and people of faith are invited to participate in the Jericho March on Washington DC on Saturday, December 12, 2020. Marchers will pray and protest for election integrity.

Life Site News reported that Americans will flood the streets of Washington, D.C. to march around the U.S. Capitol seven times. The march will be focused on “collectively praying to God to intercede” and expose the darkness of corruption surrounding the current election crisis.

The official website of the Jericho March informs that the march will start late morning and continue until 4:00 pm. The site says that the march is named after the Biblical story of Josuha’s march around the walls of the corrupt city Jericho.

The site also lists the schedules for Jericho marches at state capitols in the embattled states: AZ, GA, MI, PA, WI, and NV. The march in each state starts around noon and continues until December 14th.