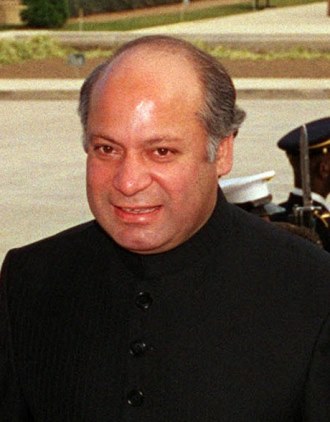 Education – whether science, arts, humanities, or other fields – have been corrupted more over time. Mass media is the leading source of misinformation today and we see daily examples of such misleading information presented as something credible.

The recent case in ongoing misinformation is popular Pakistani media sources citing a survey by PILDAT that finds Pakistan’s Prime Minister Nawaz Sharif’s popularity at 75 percent. For a joke, such reports could do, but seriously?

By the survey – or “Serve-way” in question, Pakistani prime minister along with other right-wingers, all favorites of Pakistan’s controlling military and Middle Eastern master Saudi Arabia is at a peak while the popularity of secular leaders of the country has dropped. Some interesting observations about this survey:

Part, and a major part, of the success of such information is the role of popular media that takes as news any statements from organizations, agencies, and businesses and present it as facts, or findings, without including critical commentary or asking important questions, or even including the background of such sources as PILDAT.