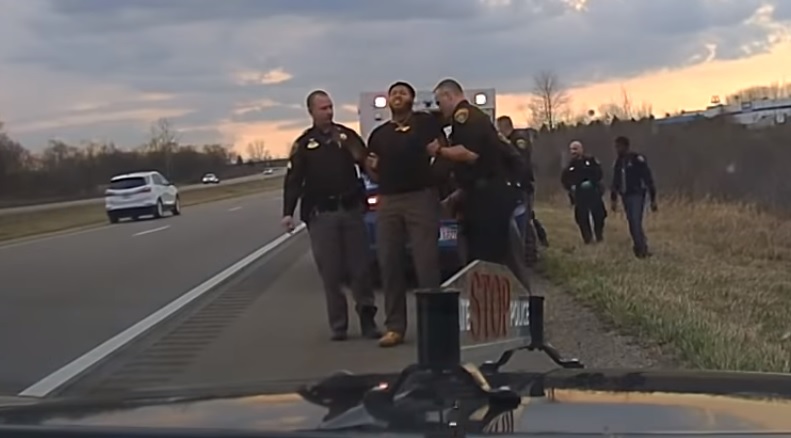 He was advertised in political news by the leftist propaganda networks as the youngest representative in Michigan’s house of representatives back in 2016 when he was elected to the state house. Now, Democrat lawmaker Jewell Jones has become a criminal arrested for dangerous drunk driving. But there is more to the story of this lawbreaker.

On April 6, Jones was drunk driving as he crashed his car in a ditch. Two state troopers arrived at the scene and tried to arrest him but Jones resisted arrest. The Detroit News wrote:

Eventually, Jones was taken to the ground, and a stun gun was used twice and then pepper spray as officers attempted to get him into handcuffs, the report said.

As he resisted arrest, Jones reportedly tried to threaten the troopers with his political position, saying he’ll call Michigan’s governor Gretchen Whitmer and even defunding the police.

He also said: “It’s not going to be good for you, I run y’all budget, bro,” according to a trooper on the scene.

But even that is not all. Threadreader posted an update on Jones’s arrest story on April 25 by which account, Jones was not only drunk but was also engaged in sex in the car with a female passenger traveling with him. The update was narrated in a video (included below) on BitChute by Raze.

But did you see this criminal behavior of the Democrat lawbreaker making headlines in mainstream propaganda mobs? Not really! CNN, New York Times, and other major leftist propaganda outlets went mum on the story. It was not featured on Yahoo News and the only coverage Yahoo did on the case was post a story of 3 lines with a highly edited ABC video of the police car dash cam that captured the incident of Jones’s arrest.

Who was the woman in Jones’ car that he was sexually engaged with? Was Jones involved in attempted rape? Prostitution? So many questions are all untouched and unanswered and the arrest and charges against Jones are effectively being tucked under the rug by the corrupt and discredited media mobs that protect every black criminal thug as their own family. And when a lawbreaker like Jones is shot by the police in their line of duty, the propaganda machinery plays the racism card and incites hatred against police and America.