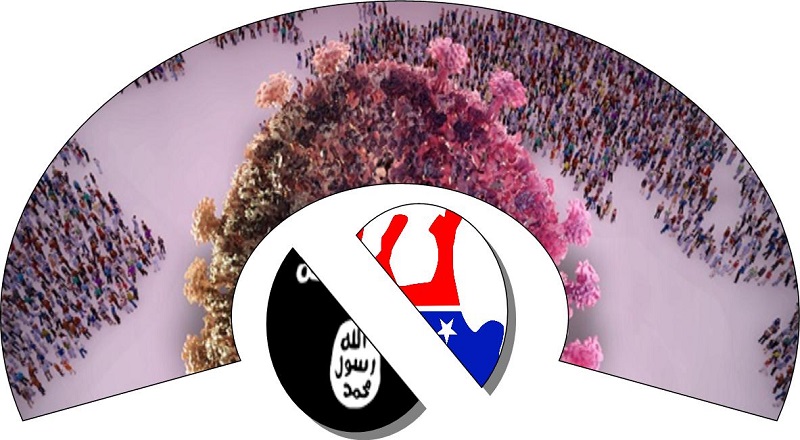 In the wake of the global coronavirus scare, businesses and services suffered a big shock, particularly in the United States and developed west (something to give bit of critical thought). The liberal Democrats capitalized on the call for an emergency relief/bailout bill to get millions for projects and institutions run or dominated by them. But the biggest beneficiary of this global hype about corona (VID 19) seem to be those accused/suspects whose big crimes were going to make news—and then they either disappeared altogether from media or were buried deep under the corona buzz.

The most notable beneficiary of the corona deluge across media would be those responsible for killing Obama administration’s DHS whistleblower Philip Haney who had testified in 2016 that while working at DHS during Obama presidency, he was ordered to delete or alter hundreds of files carrying records of Islamic terrorists operating on or targeting America. Found dead of gunshot wound near Sacramento, Haney’s published book and an upcoming book were to completely expose the links between Obama administration and Islamic terrorism in United States. Liberal media went mum of his killing and now all media have forgotten about it because corona hype took over. It’s been over a month and there’s no mention of the supposed FBI investigation into Haney’s killing, no autopsy, no follow-up, nothing. The beneficiary? Liberal democrats and Islamic terrorists.

Early in Match, Hillary Clinton was deposed by court orders in response to Judicial Watch’s request about Clinton’s emails and Benghazi attack records. This would put Hillary’s role in mishandling her emails on Benghazi back in spotlight had it not been for the corona takeover of media. On March 13, Judicial Watch posted it Press Release telling that Hillary’s lawyers asked the appellate court to overturn the deposition order about Clinton’s Benghazi emails/records. But did anyone highlight this news in the most popular news outlets? Not really. The beneficiary? Hillary Clinton – the loser but very key Democrat in American politics.

On March 19th, the news of a Pakistani doctor living in US on work visa and planning to help ISIS by providing material support was run by several popular media sources. The Islamist doctor named Muhammad Masood, aged 28, was arrested at the Minneapolis-St. Paul International Airport while trying to travel to Syria via other Middle Eastern states to personally join ISIS. This could have been the headline for at least days and questions raised about whether he was screened properly by the state department before being issued a work visa as well as his network of like-minded active Islamist terrorists in US. But the corona coverage effectively made that news a lesser flash in a storm. The beneficiary? ISIS and its network in the US.

Yet another big story that the corona scare outshone to the advantage of the Democrats is that of sexual assault accusation by Tara Reade against leading Democratic Presidential figure for 2020 Joe Biden. The story of sexual assault allegations against conservative Justice Brett Kavanaugh in 2018 right before his confirmation was literally put on billboard by the leftist mainstream media across the country. Similar allegations by Joe Biden’s former aide Tara Reade are potentially drowning for Biden as, if played by the Democrats’ book of political games, it calls for an FBI investigation, leading the party’s political hopes for 2020 to deeper chaos. But the corona invasion (or should it be called ‘inflation’?) of the media outlets has saved Jo Biden’s ass and that of his party from the disaster of shame and humiliation that come with media trials of public figures.