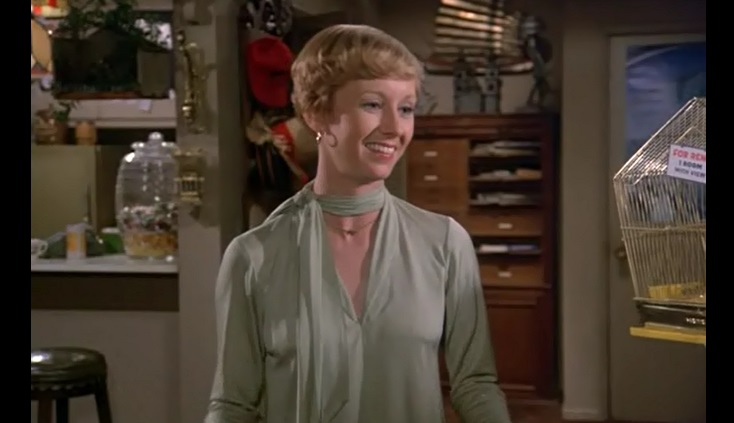 Hey folks, did you know that answering quizzes (successfully) boosts your self-esteem mood and gives you a feel of victory over the seemingly difficult targets? So now when I’ve revealed it to you, wouldn’t you love to take your corona scare to the trash can, dump it there, and get to answer this latest movie quiz?

Up for it? Okay cool. So let’s walk into the virtual answer room for the previous quiz.

In Quiz 17 you saw the screenshot from the hit 1974 movie Airport 1975 directed by Jack Smight. And the actress in the shot is the prolific and unforgettable Karen Black who plays flight attendant Nancy Pryor who has to take over the pilot’s task after the plane’s pilot ends up dead and the rest of the flying crew injured due to an accident in the air.

Lisel Sipes provided a partly correct answer: “Karen Black in Airport”. Yes, Karen Black. But Airport is actually the 1970 movie to which Airport 1975 is a sequel.

But “Hillary Fell” gave the correct answer on Twitter and his tweet is included below. Good job Hillary Fell – and we can’t see her fall again 🙂

So, you see the exit door ahead. Let’s get outta here and into the Quiz Room for Quiz 18.

This quiz too is from a 70s movie – a comedy and the actress you see in the shot is a well-known name in the field of comedy, particularly when you think of television in the 70s, 80s, and even 90s. So here’s your shot for Quiz 18 and I’ll leave you with it.

As always, put your answers in the comment box. And happy guessing!

One thought on “Film Quiz 18 – What Actress in What Movie Do You See Here?”