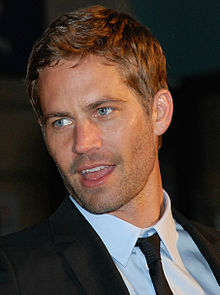 was 40 and known primarily for his immensely successful Fast and Furious films.

Walker delivered an unforgettable performance as Jerry Shepard in the 2006 film Eight Below – the story of loyalty of a man who returns to the rescue his sled dogs left behind at an Antarctica research center. The film won two well-known awards and wide critical acclaim.

In his off-screen life, Walker was an animal lover and a compassionate philanthropist. His tragic death today happened while he was returning from charity event to help victims of Typhoon Haiyan in Philippines. He lived and died for others.

As a hero on and off screen, Paul Walker will remain alive in the hearts of millions of his fans – this scribe included.