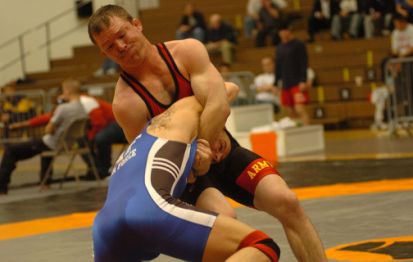 Gender discrimination is a practice very much alive today, right in the United States, though decades of feminist activism has led to landmark reforms in the last 50 years. A new case getting worldwide attention on the web is of Audrianna Beattie, a 12-year-old Iowa girl who moved to Pennsylvania to find her new school authorities stopping her from wrestling boys.

Mindy Townsend’s story on Care 2, tells that Audrianna has wrestled with boys in her previous school and has a good win record. But her school in Line Mountain School District, PA, tells her that she can’t wrestle boys because it’s against their rules. The authorities think her wrestling boys would be inappropriate and send “mixed” messages.

But Audrianna or her parents aren’t buying it. Her parents have filed a federal suit in the court of law against the school’s administration. Last month, Audrianna testified in court saying that she was okay with being on a boys team and it didn’t matter to her that she was a girl.

In the 21st century, and particularly in a developed country with most of its people educated, does it make any sense to segregate students on the basis of their sex and stop them from engaging in sport or games together?