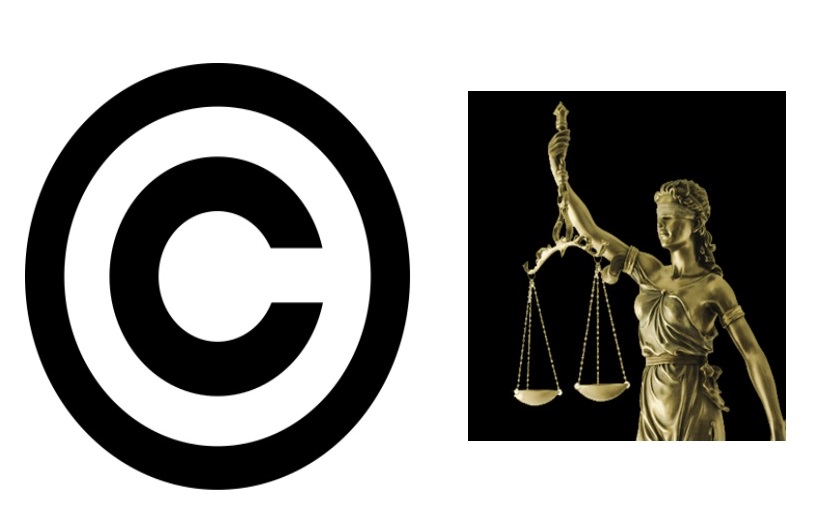 Often many people may ask, what defines a copyright, and what exactly are the guidelines for copyright laws? They also often ask, what can someone use or replicate without permission and what can’t be used or copied or use as a parody? The answers and explanation(s) could sometimes depend on the circumstance(s) and be according to the law(s) that are connected to each other.

Laws that could be connected

As with any law(s) are several overlapping laws that often may interconnect with each other. When it comes to copyright laws, copyright infringement, entertainment law, intellectual property law and trademarks is the umbrella of several other related field of law. This may include, employment law, contract law, torts, labor law, bankruptcy law, immigration law, and securities interest law. It could also be linked to agency law, right to privacy law, defamation law, advertisement law, criminal law, tax law, international law, private international law, and insurance law. Any of which usually have the potential to lead to litigation or arbitration.

Under statue 107 subsection 40 under subtitle Limitations on exclusive rights: Fair use, states that such works could be used, “for the purposes such as criticism, comment, news reporting, teaching, which include multiple copies that may be used for a classroom. Also scholarship, or research, is not an infringement of a copyright.”

However, even with several acceptable uses, the statute 110 subsection 43 under Limitations on exclusive rights: is the Exemption of certain performances and displays. Under this law is states the definitions as the “performance or display of a work by instructions or pupils in the course of face-to-face teaching activities of a nonprofit educational institution, in a classroom or similar place devoted to instruction, unless, in the case of a motion picture or other audiovisual work, the performance, or display of individual images, is given by means of a copy that was not lawfully made under this title, and that the person responsible for the performance knew or had reason to believe was not lawfully made.”

One of the more famous cases in recent years was back in 2015 when Pharrell Williams and Robin Thicke were ordered to pay 7.4 million dollars to the family of Marvin Gaye over the song “Blurred Lines”. It was found that the similar “background music was in fact very close” to the Marvin Gaye song from 1977 “Got to Give it up”. A jury determined that while a version was created based solely on sheet music submitted to gain copyright protection, varies art works were created that were too close in comparison to the Marvin Gaye copyrighted works. Marvin Gaye left the copyrights to his music to his children, thus they were awarded the settlement.

Back in 2014, while hosting the Oscars, Ellen Degeneres wanted to do a selfie with the famous members of the audience. It was an attempt to have the most famous re-tweeted photo to date. However, the person that actually took the photo was actor Bradley Cooper, perhaps feeling he was in the best location to attempt to fit everyone inside the photo.

With this circumstance, the law would fall into more of the categories of the use of “technical law” and “contract law”. Here, the technical person has easily been identified “Bradley Cooper”. Contract law would be referenced yet not applied in this particular case due to the circumstance that the host of the show, “Ellen Degeneres” came up with the idea “with no committed contract in place” before taking the “famous celebrities selfie”.

Under “contract law” it is more of a “work for hire” scenario. Each individual involved did not have enough time to write up an agreement, and under the “Copyright Act” it requires a signed agreement to make someone “work for hire”, and this situation it thus did not apply. Also related to this series of events is the fact that everyone has a camera phone in their pockets, and this is a fairly new concept in relation to the law. Even the Academy of Motion Picture Arts and Science and the Samsung Corporation which sponsors the award show has “no rights” to the photo.”

This would fall more into the “intellectual property law” and even “advertisement law”. Yet, with a phrase or catchphrase proof would be needed to use against the accused. Such as, was this phrase used for commercial gain or used to expend revenue against another competing company or companies? The United States Patents and Trademarks office would be involved while sorting out if such circumstances applied.

Possible penalties and fines for violating copyright laws include, the payment of the actual dollar amount of damages or profits. Fines range anywhere from $200 to $150,000 dollars, but can be as high as $250,000 dollars. In most cases, copyright infringement is a civil action, yet in certain cases the U.S. government can pursue criminal penalties against the alleged infringer. In addition, imprisonment could also be up to five years.

Keep on creating, keep on improving

Rules of law must always apply to each and all of life’s actions. If we all stay focused on our goals, dreams, and hopes everything eventually falls into place as long as we keep that main focus to keep on creating, improving, and making a sincere endeavor to make the world a more happier, loving, and peaceful place to both live, work and understand all of each other’s thoughts, actions, feelings, and reasoning’s.