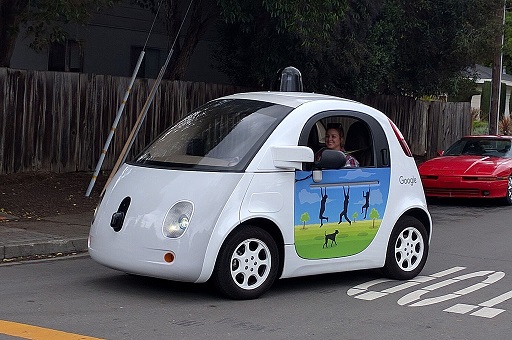 There is a lot to be said about driverless cars that supposedly will be taking over our lives in the very near future. These amazing vehicles will not be operated by human beings, and will be programmed to take us wherever we want to go. Those of us with transportation issues, especially the blind, are encouraged to ride in these cars. After all, these cars are our saviors. They will know how to navigate on the road, know how to stop when they’re supposed to, know how to park, and know exactly where all the obstacles in the road will be.

Defenders of these cars claim that they are safer than those operated by humans, because of human imperfection. There will be no one to fall asleep at the wheel, drive drunk, use a cell phone or create road rage. What a wonderful car?

Think again. Remember that these so-called wonderful driverless cars, which are supposed to be saviors for anyone with transportation problems, are also fallible machines. Like today’s cars, driverless cars have to be taken to the shop for repair. Who is going to repair them? If I have to sit in a driverless car with no knowledge of how the car works, how would I know that there’s a problem? If the car is fully operated by computers, the problem won’t occur gradually. Furthermore, if I’m on a main highway, and suddenly the car’s sensor fails, how would I know? It’s likely that the car will crash or tumble into a ditch, and I would be too dead to do anything about it.

Then there’s the matter of insurance. If I own a driverless car, I would never be at fault if the car fails because the car will supposedly know what to do all the time. If there’s an accident, who would pay for damages to my car and injuries to me? Do I sue the manufacturer every time, as long as I’m still alive to sue?

I’ve been told that someday humans won’t be allowed to drive anymore and that we would either have to accept the driverless car or do a lot of walking. Well if that’s the case, I will walk a lot. I need the exercise.