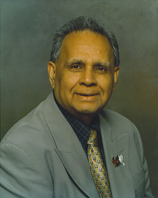 It was the first and most agonizing experience when my site (stephengillcriticism.info) was compromised or hacked weeks ago.  It was more agonizing when the five assistants of my web host could not resolve the issue, even taking from thirty to sixty minutes each. They referred the problem twice to their special technicians.

My relentless efforts to put my site back as soon as possible began to show results when I phoned the sixth time and remained on the phone with the assistant for more than an hour. Assistant, from Philippine, pointing to the possible source of problem, suggested to replace my password as soon as possible. He put my site back manually, but the problem came back. I uploaded my files again, and again the problem came back. He referred the riddle to a senior supervisor. After studying the analysis of other assistants and qualified technicians, he came to know the root cause. He was clear that my site was hacked and it needed hours to fix the riddle.

Readers may wonder why to hack the website of a creative writer who writes about peace that is the child of the peaceful means. My simple answer is that for anti-peace cultures, this proper way is improper to seize the crown of peace. In my case, the maniac messiahs want to convey that they have tools to destroy anything that stands in the way of their ideology.

These days it is not difficult to hack an account. For some, hacking is a casual hobby for personal gratification or addiction to make the life of others miserable. Hacking is mostly to steal valuable information or money. It is wrong to assume that there is nothing for the hackers to gain from the site of a poet and novelist. These days, there is a steady increase in hacking to steal intellectual properties and also to put damaging material.

One good that has come out of this evil is that my site has been resurrected in a more vibrant and healthy shape, though it was costly and time-consuming. The malicious minds did not know that the material of this site is available also on several search engines, including Google, though not at a single spot. In my case, it is not difficult to imagine the possible culprit because it coincides with other happenings.