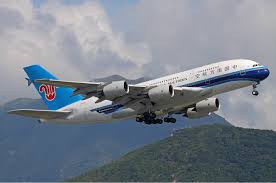 After an intensive campaign from animal rights advocates around the world, China Southern Airlines has decided to ban transport of live primates via its flights for lab experimentation.

Jason Baker from People for the Ethical Treatment of Animals (PETA) sent the following email message to animal rights activists and supporters of the cause who signed the petition to stop the transport of live primates on the Chinese airline.

Thanks to PETA to all those who stood for the cause, there will be some reduction in cruelty to primates who are victimized in the brutal lab experiments that achieve little and yet brag more than due to justify killing and maiming life in the name of science.

Following an intense, international PETA campaign, which included more than 100,000 calls and e-mails from supporters like you, China Southern Airlines announced in an e-mail to PETA U.S. that it will “stop transporting live primates for laboratory experiments on all flights”—effective immediately!

Prior to this announcement, China Southern was the only airline in China—and the only major carrier in the world other than Air France—still shipping primates to laboratories. Records show that in 2013, China Southern shipped more than 2,500 monkeys to laboratories in the U.S., where they were poisoned, infected, crippled, and mutilated in cruel experiments.

China Southern joins the growing list of airlines—including Air China, China Eastern Airlines, Vietnam Airlines, Philippine Airlines, and United Airlines—that PETA and our affiliates have convinced to stop supporting this bloody trade. Air France is now the only major airline left that is willing to ship monkeys, so it will be extremely difficult and expensive for experimenters to get their hands on monkeys to torment. This means that more primates will remain in the wild with their families instead of being trapped and imprisoned at decrepit breeding farms and terrifying laboratories.

Thank you for your support!