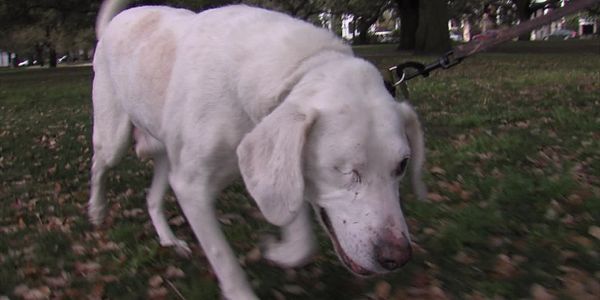 More than 50,000 people have signed a petition that calls on the Judicial System of South Carolina as well as Goose Creek, SC, authorities to bring to justice the man on whose property two hundred dogs were found dead more than a year ago.

The petition on Care2 is titled “Inflict Harshest Punishment for Man Found with 200 Dead Dogs: Ban Him From Future Pets!!!” and is accompanied by a photo of Buddy, one of the surviving dogs that were rescued by the authorities from the possession of Loney Garrett, who was charged with ill treatment of dogs. As reported by ABC News, Garrett used to dispose the bodies in the open on his property, not bothering to bury the bodies. It was because of the powerful stench that forced the neighbors to complain to the authorities, leading to the discovery of the carcasses.

“He needs to be punished with the harshest penalty allowed by law and never allow him to ever own another animal the rest of his abusive life!!” writes the petition that expresses concern over the delay in justice for the abused, dead dogs.

The petition is now short of only a few hundred signatures to reach its target of 51K signatures.