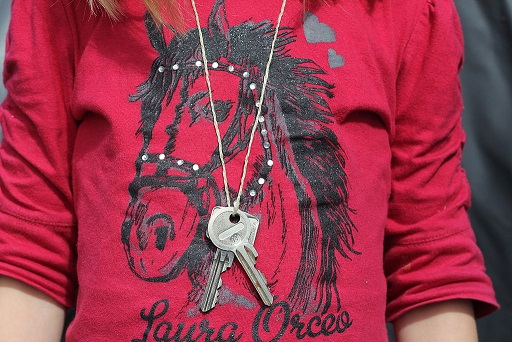 Throughout the world today, the welfare and safety of children has been a top priority. World courts, governments, and judicial systems have attempted to take on such issues as forced child labor, child abuse, malnutrition, neglect, childhood poverty and education. Yet a more simplistic one remains, i.e., what is the appropriate level of supervision for a child?

What the Law Says

In the United States only three states have solid laws on the books regarding leaving a child home alone: Illinois (age 14), Maryland (age 8), and Oregon (age 10). The rest, have basic guidelines and those guidelines vary from ages 6 to 13, and are determined case by case and by jurisdiction.

In each state, more that 4 to 6 hours of children younger than 13 years old being left home alone is not recommended, according to legal experts. For a time period of more than 6 hours, each state’s guidelines change; yet, after the 4 to 6 hour window, most have laws that relate to child neglect and malnutrition that may or may not affect the guardian of a child if some incident were to occur.

In Illinois, which probably has the most solid and regulated laws among the three states that have specific requirements, they state for example at 705 ILCS 405/2-3 “any minor under the age of 14 years whose parent or other person responsible for the minor’s welfare leaves the minor without supervision for an unreasonable period of time without regard for the mental or physical health, safety, or welfare of that minor”.

While such states maintain strict requirements, guidelines apply in more of a case by case bases with the words “an unreasonable period of time”.

Such law as it is written is more concentrated for more serious cases of neglect by later stating in the law that “a law enforcement officer who takes a minor into custody without a warrant shall place the minor in the temporary protective custody and shall immediately notify the Department of Children and Family Services.” Then the officer would need to comply with other related laws such as the Abused and Neglected Child Reporting Act 325 ILCS 5/, which is targeted for a further detailed assessment.

While there are such laws in each state that handles cases of child neglect and abandonment, the vast majority is reliant on guidelines, judgements, and community involvement as to how, when, and where laws regarding a child’s proper supervision should be enforced.

In most cases and in most states while it is not unlawful to leave your children home alone, someone may report that your children were inappropriately left home alone. If such circumstances occur, a local government organization, most likely Child Protective Services (CPS), will began an investigation. The investigation will include interviews with the parent or parents, your neighbors, and anyone else who may have insight into the incident.

If the investigator finds that you have been endangering your children by leaving them alone, there is a chance the CPS unit will recommend that the children be removed from your custody. Children once removed may be placed with relatives or foster care. No matter how smooth the case may seem to be going, such parent(s) or guardians would need to contact a lawyer immediately!

Going back to the Illinois law as an example, if you are found guilty for having your children “without supervision for an unreasonable time”, this is considered being guilty of a neglected or abused minor. Such as ruling is a Class A misdemeanor, punishable by up to one year in jail and a maximum fine of $2,500 U.S. dollars.

If found guilty for having your child left alone for over 24 hours or more, parents found guilty of this charge could face one to three years in prison, and most states have similar laws in cases over a 24 hour period.

A latchkey kid is a child who returns from school to an empty home because their parent or parents are away at work. Thus a “latchkey” from a door to a house is the key used by such kid.

The term is believed to have first appeared in a CBC radio program which aired in 1942 called “Discussion Club”, where the topic was on “How War Affects Canadian Children”. Such terms continued to be used throughout the 1980’s when a latchkey kid became an everyday reality for many children.

Today, because of government and grant funded after school programs, the number of “latchkey kids” has dropped. Yet, according to the U.S. Department of Health and Human Services, it is estimated that around 10% of students that are 4th grade level and older spend a few hours alone each day.

According to National Safe Kids campaign, it recommends that no child under the age of 12 be left home alone. According to the law, the definition of a child is “a person 14 years and under. A “child” should be distinguished from a ‘minor” who is anyone under 18 in almost all states.”

As any children’s advocate would point out, how we view and treat our children determines how society will either advance or fall. All children have an innocence that needs to be protected, loved, nurtured, and cared for so that they may be educated to ensure the rhythmicity of a deeper understanding towards a better world.