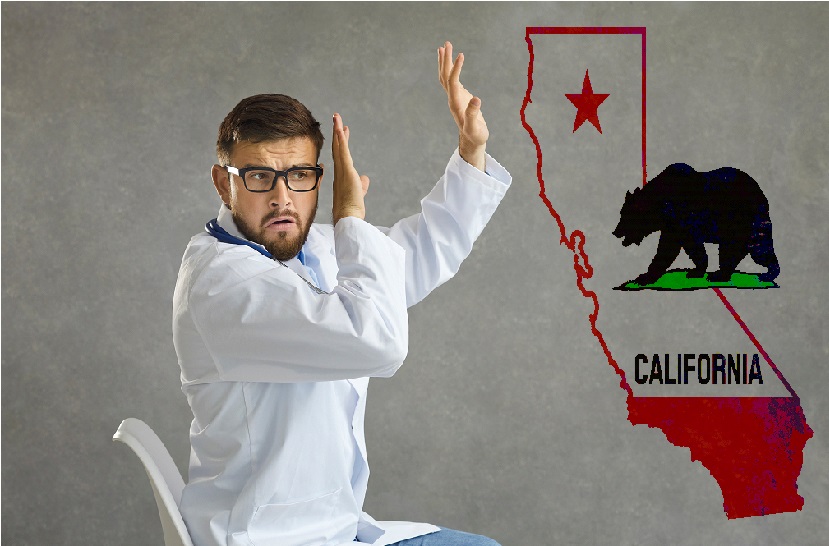 The corrupt and criminal government of California is just one signature away from gagging doctors in the state who speak in disagreement with the official narrative on COVID vaccines. California’s new law will punish doctors with the cancellation of their medical license in case they spoke something else than parroting the claims of the medical mafia.

“Misinformation” means false information that is contradicted by contemporary scientific consensus to an extent where its dissemination constitutes gross negligence by the licensee.

Out of the fear of losing their livelihood, doctors will have no choice to either remain quite about the risks of vaccination, drugs, or other scientific details of any treatments or medications or they will need to leave the state to save their freedom of honest medical advice.

AB 2098 has been forwarded to the leftist governor of the state, Gavin Newsom, to sign. It’s the open attack on the independence and integrity of doctors using the clichéd excuse of medical misinformation. In a country where pharmaceutical Muppets like Dr. Fauci and Dr. Walensky are rewarded for lying to the nation and the world, speaking the truth will officially be made a crime starting in California.