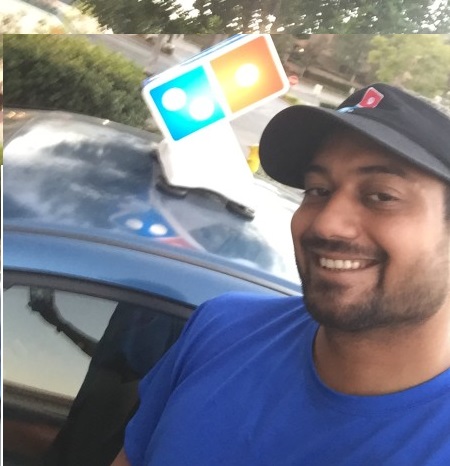 14 dead and over a dozen others injured – but what the (unfortunately) popular media have been omitting from their stories on San Bernardino is the word “Muslim”.

By now, the identities of the San Bernardino killers is fairly known – a Muslim couple: Syed Rizwan Farook, 28, and his wife Tashfeen Malik. Farook’s name was being held in mainstream American media for hours after it was leaked first on social media and online news sources. But even now, most stories about the attackers are not pointing to the religious background of the criminals both of whom were shot dead soon after they carried out the massacre.

From Farook’s name, his Muslim background was very apparent the moment it came out online. Yet the popular news sources seem to adhere to the political correctness and public sensitivity to the word “Islam” or “Muslim” because in this country, if you point to a criminal’s religious background, the liberal/left-wing fundamentalists all line up to slap you with racism – many not even bothering to look up the meanings of “race” and “religion”.

But not all media would stay politically correct to the nth degree. Daily News quoted the killer’s father: “He was very religious. He would go to work, come back, go to pray, come back. He’s Muslim.”

Yes, He’s a Muslim. And what’s more, he traveled to Saudi Arabia some months ago and returned as a “married” man, paving the way for Malik to come to US. This shows the horrors of the US spouse visa policy. An American citizen can marry anybody and instantly get a visa. In fact, there is also a fiancé visa whereby a Facebook/social media/dating site friendship can let you get a “fiancé” and they can come to join you in US without any proper background checks.

About the woman Tashfeen Malik – the media has still to say a lot more and it’s surprising how they haven’t revealed anything about her by now. If she came recently to US on a spouse/travel visa, the immigration department and homeland security should have all her background information. And all we got from “cops” is: they were either married or dating. Are we not being told anything because it’s – again – a Saudi connection?

Now was it a terror attack that shook San Bernardino yesterday? FBI is very careful – to the degree of reluctance – in saying they think it’s a terrorist attack. All media by now is saying the killers came well-prepared for the attack. So it was pre-meditated and planned. 14 killed and over a dozen injured while police also shot at by the terrorists and the government is thinking whether it’s ok to call terrorism terrorism.

If the American media, the law enforcement, and top leadership continue to tacitly – or let me say – actively facilitate such acts of terror by hiding and twisting and deliberating, it probably won’t be long before Americans start looking for immigrating to safer places.