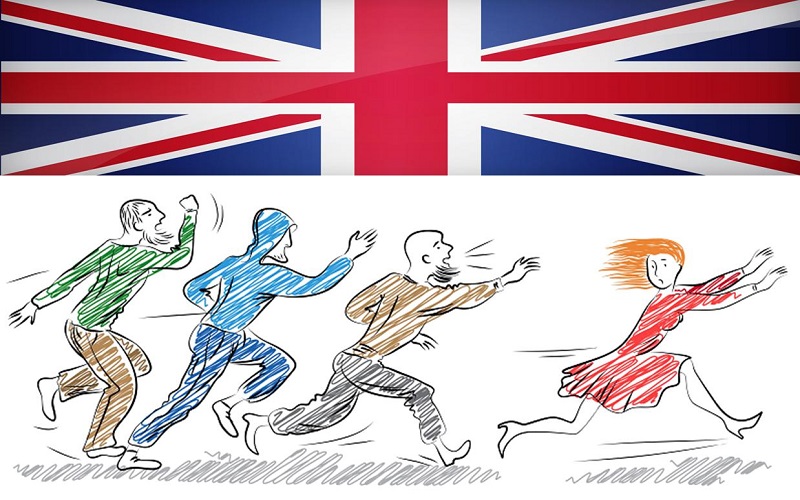 Globalist liberal establishment in the west has destroyed the safety of children, and the most disgusting example is perhaps none else than Pakistani sex crime gangs in the United Kingdom.

For years, the globalist establishment in UK, dancing to the tunes of the United Nations (UN) and the European Union (EU), has shielded the many grooming/prostitution/rape gangs that targeted minor British girls. The main purpose of this protection offered to the child rape networks of predominantly Pakistani immigrant men in UK was to protect the globalist slogan of multiculturalism.

In a spiked editorial, titled We have to talk about these Pakistani gangs, editor Brendan O’Neill touches on how the priority of protecting multiculturalism cost United Kingdom so many cases of rape and sexual abuse of underage girls—mainly white British working class ones—perpetrated by gangs of Pakistani men. And it was all facilitated by the law enforcement inaction that turned a blind eye to these cases.

The silence around grooming gangs, in which largely Muslim men abuse largely white working-class girls, has gone on long enough. We need a serious debate about this.

It’s obvious that media ignored these horror stories of immigrant sexual crimes to continue promoting their globalist agenda of mass/chain immigration from the backward, mainly Islamic countries to the west. And mainstream propaganda cartels have been onboard the establishment agenda all along.

What’s also obvious is that the pro-immigrant so-called multiculturalism agenda that led to the victimization of these British youth was the result of appeasing the EU and UN. So now when a conservative-driven movement in the UK has led to a Brexit victory, the hopes for reforming the law enforcement can be on the horizon. Conservative movements like Brexit stand on the foundation of a country-first view. Thus a successful Brexit implies success in getting rid of EU slavery and freeing the British people from the immigrant crimes brought to their backyard by globalist criminals.