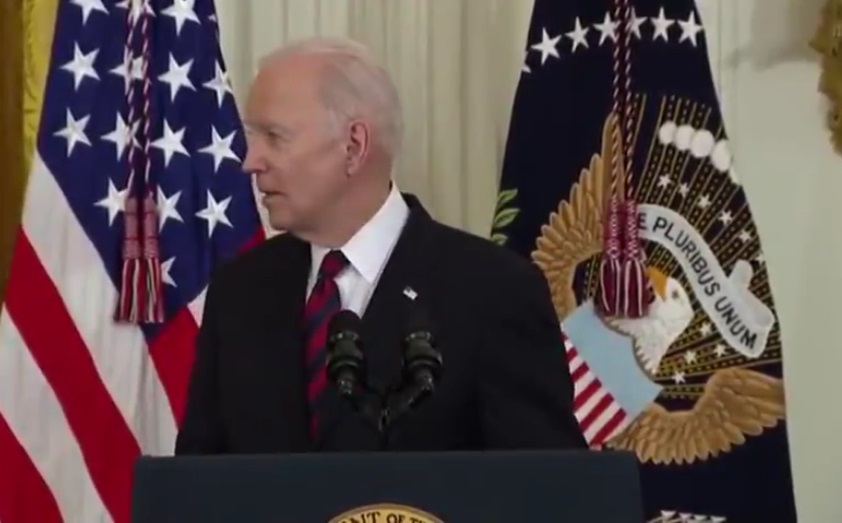 The moment of Biden’s memory collapse was shared by the RNC in a video clip posted to Twitter.

The video of Biden’s memory lapse is being shared around on YouTube and BitChute among other sites.

In the video, Biden is seen talking to an audience, reportedly at a White House event on Tuesday, and saying “The First Lady’s husband contracted COVID, but look at this room and what you see…” Before he could continue without railing what he said, Jill Biden is heard calling his attention to remind him of his slip.

Biden asks her, “pardon me,” and listens to her correct him. The audience laughs at Biden as they hear Jill’s correction. He quickly covers up his lapse by starting to act funny and saying, “That’s right. She’s fine.” He goes on to joke: “The second lady, the first gentleman. How ’bout that?” The audience laughs.

Like many previous instances, the leftist mainstream media has ignored this latest episode of Biden’s mental failure. A couple of weeks ago, Jill Biden too called Kamala Harris the President of the United States at a White House event. Jill quickly corrected herself as she realized she spoke wrong. Joe Biden, however, had to be corrected as his memory seems too frail to catch its own failures in time.