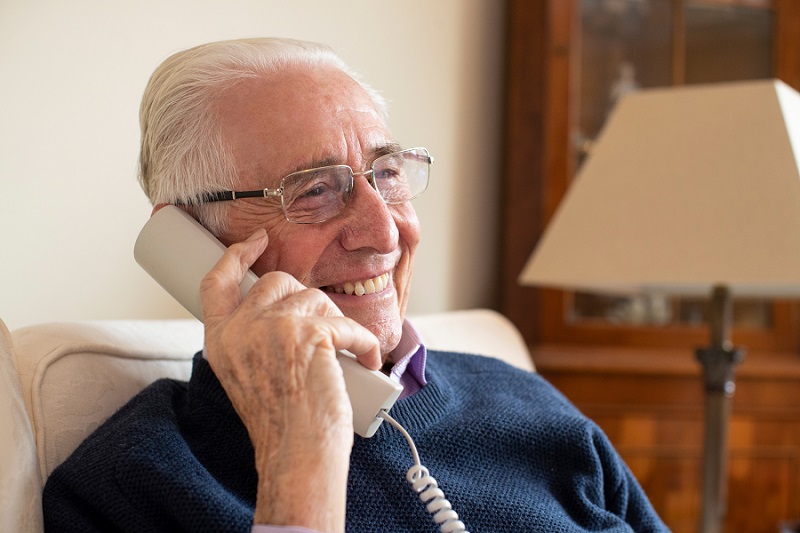 Loneliness and aging are closely associated in societies across the world. Since mental health counseling frequently addresses the issue of loneliness, older people, particularly those living alone, are more likely to look for a therapist who offers over the phone therapy.

One of the primary reasons older people are more likely to need phone counseling, aside from the age factor, is the ability to socialize in person with people they can easily relate to. With many seniors living alone, particularly in the developed countries, where most young people go to school or work daily, or live separately as well as travel frequently, older citizens find it a more pressing need to maintain the human connection. And this is what phone counseling provides.

A 2008 study in Australia found that older people were the more frequent callers at a large phone counseling centre over a four-week period in 2006. They mainly reported psychological issues like anxiety, loneliness, and physical illness. The study did not find a significant association of depression among the callers with the frequency of calls received at the centre.

Owing to the special need of seniors seeking over the phone therapy, the Australian government recently announced a new initiative to prevent social isolation and loneliness among senior citizens. The program is meant to expand phone counseling for seniors, as reported by Mirage News.

Almost $5 million will be used to significantly expand Friend Line, a national telephone support service for older Australians, to answer 60,000 calls a year.

The story says that the free and anonymous phone counseling service, called Friend Line, will be expanded using $5 million and expects to answer at least 60 thousand calls in its first year of operation.

The initiative of the Australian government is a step in the right direction to help its senior citizens stay connected and feel safer and valued. With one third of Australian seniors living alone, this was also the need of the hour. Hopefully more governments around the world will follow the example of Australia’s initiative to care for their seniors who struggle with fear of loneliness and social isolation.