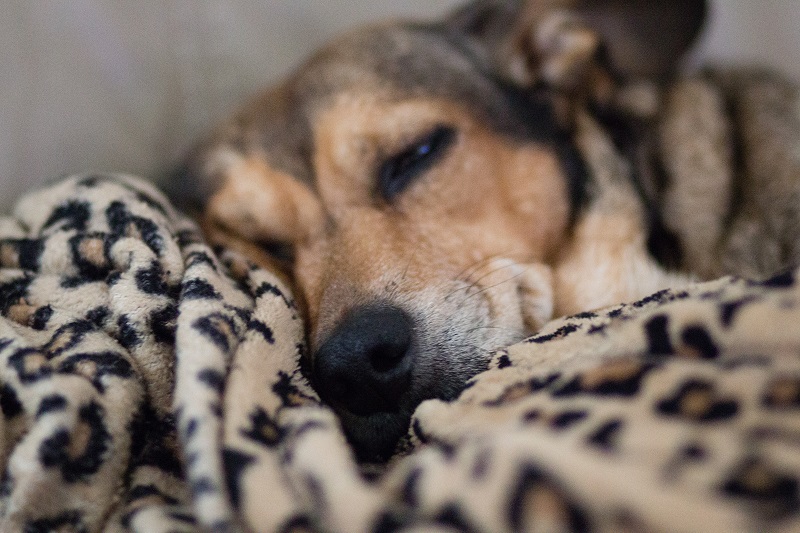 My husband and I rescue and foster Schnauzers. It’s been equally the most rewarding thing in my life, and some of the hardest stuff I’ve done.

Fostering is always in demand. There never seems to be a shortage of dogs who need help transitioning out of a bad situation. While sometimes the situation is simply an elderly owner who can no longer care for their dog, other cases are much more disheartening.

One foster dog came to us from a puppy mill in Ohio. His name was Buddy. Buddy was about six years old, and had never seen the outside of his small yard. He was a breeding dog. His experience with humans was not a positive one. He would be touched only when he was required for breeding.

We certainly did our best. Buddy would follow us around the house, but never get closer than 10 feet. He would peek in and out of rooms we were sitting in. He was curious, but he was too scared to let us get close. There were rare times we were able to softly corner him to pet him briefly, just to let him see there was no harm to come.

We saw Buddy once get a little animated when playing with our other dogs. It looked like he was maybe starting to come out of his shell. But then tragedy struck. We live in a large home in the countryside. Our neighbors are larger homes with more acreage. Unbeknownst to my husband, a bad wind had actually blown our side door open. All our dogs got out. While our two domesticated dogs stayed in the area, Buddy had vanished. With the help of a lost dog Facebook group, we received note that Buddy had been circling a house about a mile away. By the time we got there, he had stopped coming around. Buddy’s fear of people meant we were not going to be catching him.

The next morning, we received word that his body was found. He had a seizure in the middle of the night. There weren’t any signs of a fight or a car accident, so it’s certainly a mystery on what triggered the seizure. It may simply have been something that could have happened at any time.

It’s a sad story. But it’s an important story. In my discussions with many dog lovers, they don’t realize how many Buddy stories are out there. While this story had a sad ending, there are thousands of potential happy endings if more people would step up to the challenge of fostering dogs. But it requires an extremely strong and compassionate person. Maybe you are up to the challenge. I can’t promise it is easy work, but I do promise it will add some meaning and purpose to your life.

Amy Dietrich is a dog lover and writer at woofster.net.