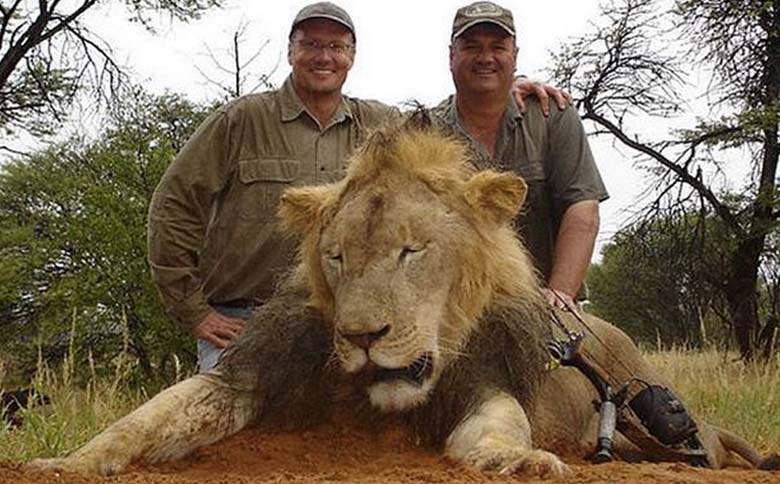 Minnesota dentist Walter Palmer, who spent $55,000 on getting a permit to kill a Safari lion in Zimbabwe, is reportedly hiding as the police look for him for interrogation.

Daily Mail published the story of Walter’s act of killing – which he defended saying he did nothing wrong and throwing the blame on his guides. The 13-yearold lion named Cecil was a celebrity and beloved creature until he was wounded with an arrow by the doctor, then shot, beheaded, and skinned. All this by a dentist!

That Walter carries a big stain on his character is seen in his past when he paid $127K in compensation to a receptionist who accused him of sexually harassing her.

What did the doctor get by paying this big sum to go thousands of miles into the home of an innocent animal and killing him so brutally? A hollow sense of pride, of manliness? But they say real men save animals and so do real doctors. And they protect women not harass them. Maybe Dr. Walter’s standards for a higher self-esteem are different.

Animal advocates are crying for justice for the killing of Cecil. It is hoped that Walter will be caught and brought to justice to make him see his real face in the mirror.