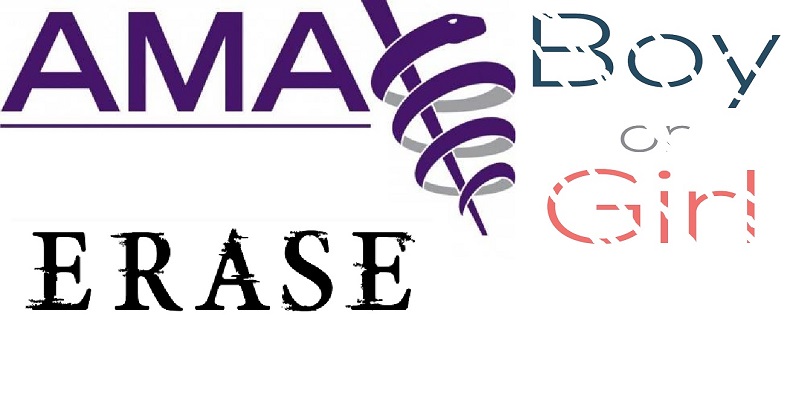 While the medical mafia has enslaved billions across the globe with a fake pandemic and is pushing forced mass vaccination, it is also working to enact its leftist politics in other areas. The latest attack launched in this war on civilizations is in support of the refusal of acknowledging sexual difference, male/female. The American Medical Association wants medical/health facilities to stop putting a newborn baby’s sex on the birth certificate.

Wesley J. Smith reported on Saturday in the National Review that the American Medical Association (AMA) board of trustees have passed a resolution supporting the end of designation of sex in all future birth certificates. The story says of the AMA resolution that it wants designation of sex at the time of birth on Certificate of Live Birth – which is different from the public records birth certificate used normally as proof of one’s birth (thereby one’s existence).

But it will now urge that birth-certificate forms carry no designation of sex to prevent future discrimination based on identity and to allow the person to decide later what sex they really are.

So what’s rationale behind this step toward utter unreason of the AMA? The association bases it on a person’s right to choose their gender identity and sex designation.

To protect individual privacy and to prevent discrimination, U.S.  jurisdictions should remove sex designation on the birth certificate.

Transgender ideology and the view that a person can choose their own “sex designation” is unscientific and unreasonable and is rooted in schizophrenic tendencies as it denies the scientific reality of inherent sex, which is determined at the time of embryo formation. Genetically, male and female babies have different sex chromosomes in each cell of their body – males carry XY chromosomes and females carry XX chromosomes. All denial and rationalization going against this scientific reality are essentially delusional and indicates mental illness.

The AMA is thus directly furthering mental illness in people who need counseling and therapy for their false beliefs on biological sex. Its political agenda is clear and open for all to see—creating confusion and chaos in the society by cultivating a culture of false fluidity in everything including one’s own body. So when doctors start telling everyone on the birth of their next baby that it is neither a boy nor a girl, will people still trust their doctor?

One thought on “AMA Wants No Sex Designation on Birth Certificate”