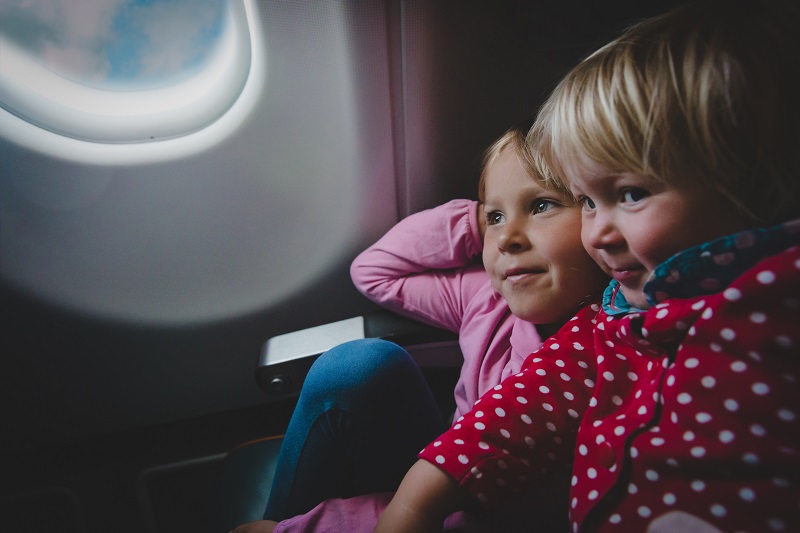 Do children playing and making noise on a fight bother you as a passenger on the same plane? It seems many would answer this question with a “Yes they do.” But does it mean that parents of such children need to be strict in keeping their children well-behaved, or many of us need some tolerance training?

This morning a story on leftist propaganda platform Yahoo News (re-posted from leftist outlet Business Insider) tabled the question of parental responsibility in keeping their children well-behaved on planes. The story cited an incident of a child on a long (apparently international) flight jumping up and down on a tray table and thus shaking the seat in the front.

The video sparked a discussion on how the parents and the man who was disturbed should’ve handled the bouncing toddler.

The story went on to mention comments that called the parents of the child on the plane “failed parents” and even criticized the man in the seat for not complaining against the child and just letting it happen. So what is being questioned here? Patience? Tolerance? The understanding that a child is a child and just nine seconds of innocent excitement on a plane hasn’t turned the world upside down for a man who is not bothered by the child playing on his seat shouldn’t upset any mature people.

The negative comments on the post slamming the parents and others for not stopping the child tell about the deep-seated negative thinking that permeates contemporary societies, particularly the liberal west. It’s reasonable to ask parents and flight crew for making sure the kids on the flight don’t make others uncomfortable. But unless someone is really uncomfortable for good reason, complaining and bashing parents or kids only reflects the inner intolerance and egoistic anger of the person.

Children – the future of this world and humanity – are the most precious gift of life. Traditionally human cultures have valued them above anything else until the psychopathic transformation of modern society started making them a burden and encouraged mass killing of unborn babies and now some liberals suggesting even letting them die immediately after they are born is also acceptable. The growing intolerance of children’s playfulness in public places appears to be connected to this leftist worldview of self-centeredness that has a strict, even narrow-minded, sense of personal space and the unquestionable right to comfort. Not everyone shares it though and the child seen happily playing on the flight in the video above is not really as much a problem as the intolerance of those sitting behind their keyboards and slamming her parents and others who didn’t stop the child.