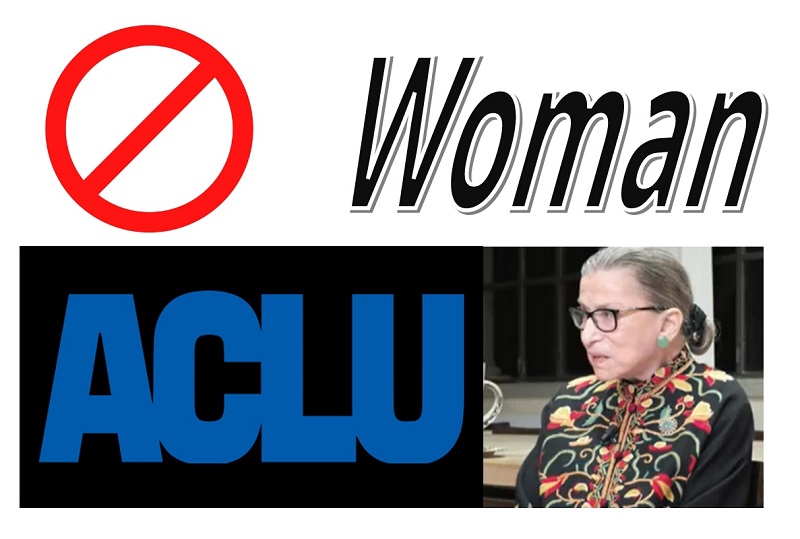 It seems the word “woman” is longer in the good books of liberals and as its latest example, the American Civil Liberties Union (ACLU) recently changed the words in a statement by the late Supreme Court Judge Ruth Bader Ginsburg (RBG) to omit the word “woman” and its related female pronouns.

The Blaze reported on Tuesday (September 28, 2021) that the ACLU apologized for tweeting a quote by RBG after editing out the word “women” to make the late judge’s statement more gender-neutral.

The ACLU was ridiculed and mocked on social media after it posted the mutilated quote on its Twitter account last week.

The story included a screenshot of the ACLU tweet and noted that despite their apology, the civil rights organization didn’t delete the tweet. 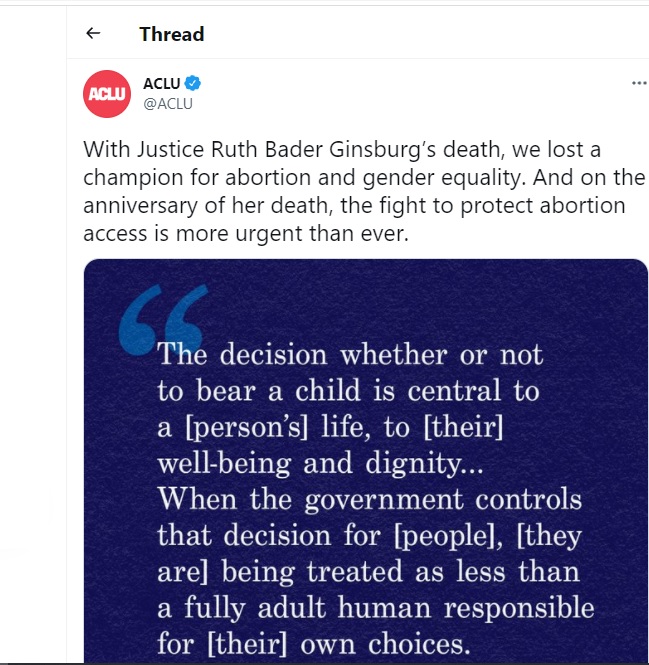 The Next News Network posted a BitChute video to show the original statement of RBG expressing her views on women and abortion during her 1993 senate confirmation hearing. The video then showed the edited statement tweeted by ACLU that replaced the word “woman” with “person” and the female pronouns “she” and “her” with “they” and “their” in the tweet.

The ACLU is considered highly liberal and politically sides with the Democrats (left-wing). While the liberals claim to stand for women rights, their shift to drop gender and preach transgenderism has started to show in their words and acts. Today, the liberals seem to feel it’s offensive to call a woman a woman because they think every person should choose whether they are male or female regardless of their biology.

Last month, the American Medical Association suggested that medical/health facilities stop putting a newborn baby’s sex on the birth certificate citing the reason “to prevent future discrimination based on identity and to allow the person to decide later what sex they really are.”