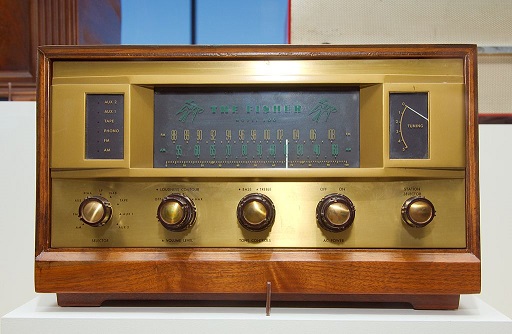 I thoroughly enjoyed Bob Branco’s article about Internet radio that appeared in the February issue of Consumervision. Bob posed the question, “will internet radio take over the airwaves?” The article appeared on Word Matters in January.

I certainly don’t have the answer, but I have some perspective that might be helpful. I also hope to alert the readers concerning the threat posed by the copyright and Royalty Board, (CRB) with regard to the future of Internet radio.

When I was growing up in the sixties, radio stations were owned by local people in the community. Their focus was community-based. Whenever there was a need, they answered the call. Even though the stations played the most popular songs, they catered to their listening audience.

In the Mid-late sixties, a new breed of radio station began to emerge. These stations catered to the counterculture; they played underground music from groups that got very little, if any airplay on traditional stations. These stations evolved in to album rock stations, and were, for the most part, operated by students on college campuses.

Enter the big broadcast corporations; they took over many of the local stations. Thus the banner was passed to networks and conglomerates, wrenching control from local owners.

The conglomerates decided what songs the stations could play, thus the listeners are treated to a revolving door comprised of the same songs, day in and day out. While we may like the songs, a steady diet of this gets boring in a short time. Add the factor of the change in music, rap music began to emerge in the late eighties. I tried to go with the flow as far as the change in music, (even today, heavy metal has its place), but when it came to songs that glorify gangs, drugs, and hatred for women, that is where I draw the line. Give me my psychedelic sounds any day of the year, please!

Enter, internet radio. Even if it is a one person hobby, it serves a purpose in that the person running the station has the freedom to play material that commercial radio stations won’t touch. Many of the people who operate these one person franchises do so as a way of resisting the control of the commercial stations, as well as giving listeners access to a variety of music they won’t hear anywhere else. They are risking it all to reclaim a freedom that has been denied to us by the giants of the industry, so to speak.

A new threat to this freedom has appeared on the radar screen in the form of the CRB. They are demanding royalties from the stations for the right to play the music. It is evident that the Recording Industry and artists of America are doing so in order to recover losses in revenue. But these losses are largely, if not entirely due to mismanagement and greed on the part of the Riaa. While I understand that the equipment is not cheap, as I see it, that is no excuse for the inflated prices of compact discs. When the playlists were determined by the giants, (the corporate rulers), people began flocking to the Internet to get the music they wanted to hear.

There are a number of petitions on the internet that you may sign in order to save internet radio, if you choose to do so. Go to Google and type in, save internet radio. The more people we get, the greater the impact. The CRB and their henchmen are doing everything they can to take away another one of our basic freedoms. How much longer can we count on being free if this trend continues?

In order to do my part, I placed a call to a local talk show called The Morning drive. This show is hosted by Robert Hallmark on KCRs, a news-talk station in Midland, Texas. The morning drive is a forum which allows listeners to call in with comments about the events that impact our lives every day. I thought that the threat that we are facing was important enough to bring to the attention of the listeners. When I attempted to explain what we were facing, Robert Hallmark responded with the following question.

“Why don’t you listen to our station?”

But is this really true?

“What about the advertising that the station runs for the products the listeners buy in order for KCRS to keep operating?

Where would KCRs be without this advertising?

I should have known that Robert Hallmark is in favor of commercial radio, and that he would promote his station. That is easy to understand, but if the CRB has its way, where does that leave those of us, who like the rarities you don’t hear anymore?

We would wind up spending more money for CDs. When you have to choose between CDs and groceries, your food, and your health, win out every time, or they should! As I have aged, I have found that there is only so much material stuff one can absorb, and that one more CD won’t replace friendship. I am sure that many feel as I do, we can’t allow the greed of a few to take another right from the many! I hope this helps.