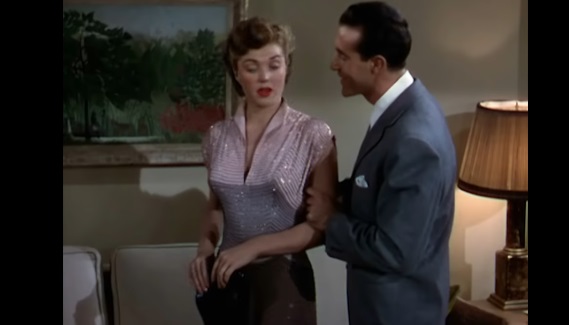 During the Christmas holiday season, a group of protesters encouraged a Cleveland radio station to stop playing “Baby, It’s Cold Outside”. Many of you are familiar with that song. It’s about a man trying to convince his lady to stay with him in the house to keep warm because the weather was cold. The song was written nearly 65 years ago, and people have enjoyed it every Christmas for decades. Yet, these protesters asked that the song not be played because of how they interpret the lyrics. They feel that the lyrics implied date rape or other forms of coercion.

We can interpret anything we want, but that doesn’t always make our interpretations factual. I have absolutely no idea what the man and woman in the song did after he invited her in the house to keep warm. They may have played cards, had sex, ate popcorn, watched television or got drunk. We’ll never know. Never the less, the Cleveland radio station paid attention to the protesters and stopped playing “Baby, its Cold Outside.” Once again, the minority rules instead of the majority.

While people are up in arms about “Baby, It’s Cold Outside” because of how they interpret the lyrics, I wonder if they ever listen to today’s music. Many of today’s songs include graphic lyrics with no interpretation at all. They are spelled out in black and white, and much of it is not fit for children. While protesters are worried about something that was never mentioned in “Baby, It’s Cold Outside”, let’s talk about Pit Bull, a rap singer from this generation whose sexually aggressive messages are as obvious as the hair on my head. In his song “Hotel Room Service”, he tells boys how to lure their girl friends into a hotel room, and instructs the couples on how to have wild and kinky sex. Pit Bull is so explicit with his lyrics that it seems as though he’s reading from a sex manual. There is no interpretation; it’s right there. I challenge you to listen to that song. You will likely find it in Amazon Music or on You Tube.

I guess protesters would rather ban songs that are subject to interpretation instead of songs with graphic, filthy lyrics which are so obvious. If that’s the way that society wants us to feel, then we might as well ban music entirely because eventually protesters will find something wrong with everything.

Regarding “Baby, It’s Cold Outside”, would these protesters rather leave the woman out in the cold? If my fiancé was freezing outside, I would definitely encourage her to come inside and keep warm. I love her, so what else would I do?

If you are unhappy with a song, doesn’t it make more sense to protest if the song has a definite inappropriate meaning than if the song was subject to many individual interpretations?

One thought on “A Double Standard in Music”