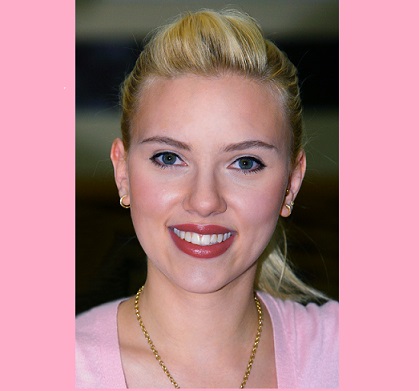 Activism, racism, difference of opinion, ability, personal preferences? Where does it stop? We have seen it in the case of Scarlett Johansson when she was cast as the Major in the film version of Japanese manga Ghost in the Shell. Was it, as producer Steven Paul says, changing the character could have been anyone, since there are a lot of different nationalities in it, or did the change give it even more of an international flair? Johansson has been acting since she was eight years old. Perhaps it was her ability, beautiful body, or on-screen persona that made him cast in this role.

Hoping to avoid the possibility of a white actor taking on the role of the Chinese warrior, petitioner Natalie Molnar wrote: “Casting a Caucasian actor as a character of colour, regardless of reason has a direct, harmful impact on not only the movie itself, but the audience.” She accused Hollywood of using white actors to play heroes and “characters of colour” for villains which she argues makes it “difficult for countless children around the world to see themselves in the stories they love and think that they, too, can make a difference”.

Even in more recent news Matt Damon’s new film The Great Wall was accused of whitewashing Chinese history. Why wasn’t there an outcry after Tom Cruise starring as the lead in The Samurai? Why is it not racist for Eddie Murphy being the voice of the Donkey in Shrek?

Pure activists tend to use non-lethal, non-violent means to get their point across. As we have just celebrated the MLK holiday, we should know what that means. Or by example those that tied themselves to trees in Oregon to save the Spotted Owl. Where the disconnect comes into play is when people don’t/won’t listen, or bow to the pressure—think off the Bundy brothers and the takeover of Malheur Wildlife Refuge in Oregon. Granted they were armed, but for their protection, not force. The leaders were acquitted of charges, leading to debates of all kinds. I compare this win for justice in the same vein as Steven Paul not giving in shammers for his pick to cast an American in a supposed Asian role.

The people trying the hardest suggested that using a Caucasian or American in the role was “whitewashing”. Now this word can be a noun, a verb, or adverb depending on context. I suggest that the context be made in that the very people suggesting whitewashing of any kind have been (white) brain-washed into believing there is a fundamentally correct way of doing everything?

In the 16th century Shakespeare plays had men pretending to be women who in turn were pretending to be men. Where did it change from just acting in a play to the delight of the audience white-washing activism?

Another thing is I am white, speak parts of six languages, and still have a hard time hearing and/or understanding some dialects or accents. If we boil it down to brass tacks, English is the liguana-franca meaning more business is done in English. I remember seeing a distinctly American film Walking Tall was remade with Dwayne (The Rock) Johnson, who is black and Samoan, or the Rocky Horror Picture Show made with Japanese subtitles—the most distracting part was the subtitles themselves. It wouldn’t have mattered who had been acting; it still would have been funny.

My word on such activism? Get over it! Does it really matter whether the actor/actress is white, black, or Asian? Besides, the last time I checked, white is a color as well, or just like black, is the absence of color.

Max is a Southern gentleman, who is currently working towards his BA from UT @ Austin. He is a former Marine who understands what it means to serve.

One thought on “Whitewashing Abe Style”