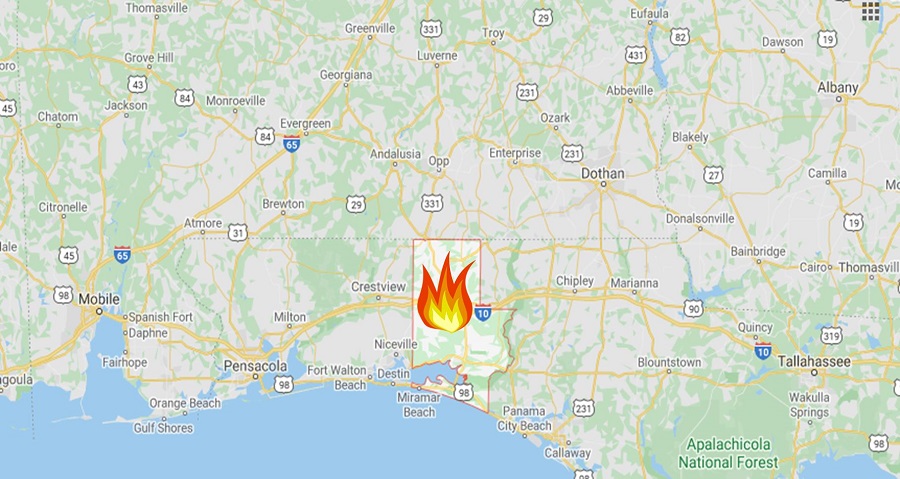 The Florida Panhandle is seeing a rage of wildfires and evacuations are underway as firefighters battle the fires in the affected areas in Walton and Santa Rosa counties.

Firefighters in the Florida Panhandle have been battling wildfires that forced some 1,600 people to evacuate from their homes. https://t.co/Ans7cLrEC5

The news says there are no reports of injuries or deaths caused by the fires.