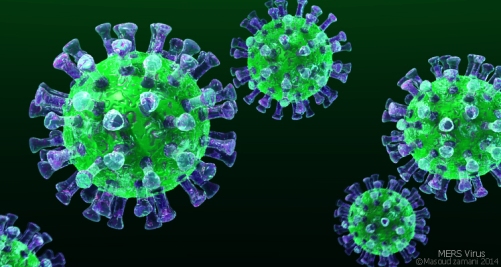 This year, one big issue emerging in the area of public health is the Middle East Respiratory Syndrome (MERS). Originating from Saudi Arabia, MERS infection is spreading to countries around the world and the World Health Organization (WHO) has refused to call it global emergency. This is something alarming!

To date, having nearly 190 people killed in Saudi Arabia over the past 2 years, the infection has spread to 5 continents, including Europe and North America, the list of courtiers available on WHO’s website. And this from a single country.

But still, WHO is reluctant in calling it a global health emergency when by its own definition of an outbreak, even a single case of an infectious disease reported in a population with no previous case recognized in it qualifies for an outbreak. By this definition, 5 continents are having outbreaks of a highly infectious disease which has about one-third mortality rate (190 of about 600 cases reported in Saudi Arabia) and affects adults with well-developed immune systems.

So what stops from WHO to call for travel restrictions on passengers to and from Saudi Arabia when it has already imposed unwarranted travel restrictions on Pakistan for polio infection which is less deadly and affects mostly young children with weak immune systems. Is the WHO putting public health around the world at risk because of its hesitance in taking measures against MERS? Would it have the same position on MERS if the virus was being spread from Pakistan?

Probably yes, for there is no vaccine so far to sell – no health projects to secure under the “prevention” claim. On the contrary, sensationalizing the alleged polio threat seems to justify its hundreds of millions of dollars secured for polio vaccination projects.

So what exactly does constitute a global emergency for WHO? A real threat to public health, or something else?

One thought on “Why WHO Refuses to Treat MERS as Global Emergency?”